“Today’s stunning revelations by Israeli Prime Minister Benjamin Netanyahu powerfully demonstrate why the Obama Iran nuclear deal is not just unfixable, but truly catastrophic. The Prime Minister’s presentation was remarkable—unprecedented—and worth watching in full. Through extraordinary intelligence operations, Israeli agents captured over 100,000 secret documents and files from Iran. These Iranian documents prove that (1) for two decades, Iran has conducted a clandestine nuclear weapons program; (2) Iran lied repeatedly, and brazenly, denying that secret program; (3) the Obama nuclear deal was predicated on that edifice of lies; and (4) Iran is today in violation of that deal.

“The national security consequences of the Obama Iranian nuclear deal are twofold: First, America has allowed billions of dollars to flow to the world’s leading state sponsor of terrorism, a nation directly responsible for the murder of hundreds of US servicemen and women. And second, those billions of dollars have also propped up a despotic regime and provided vast resources for ongoing ballistic missile tests designed to enable Iran to launch a nuclear weapon on the American homeland.

“In light of these astonishing Israeli revelations, the course before President Trump is clear. As the President has said repeatedly, this deal is a ‘terrible deal,’ even worse than many previously realized. The United States should therefore withdraw immediately, re-impose crushing sanctions, work to encourage our allies to do the same, and do everything necessary to insure that the Ayatollah Khamenei never — never — acquires the nuclear weapons to make good on his pledge of ‘death to America.’”

Biden’s Gun Control Policies Would Treat Everyone Like A Criminal 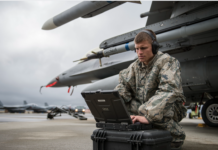 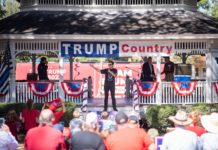 Leave a Reply to Zalman of Somerset Cancel reply