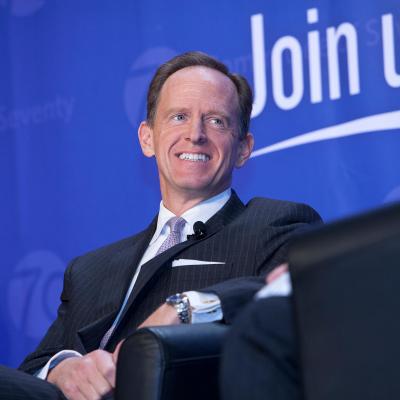 Republican Sen. Pat Toomey formally announced Monday he will neither run for reelection nor run for governor in 2022, a major blow to Republicans’ long-term plans of competing statewide in Pennsylvania.

Toomey explained the curious timing of his announcement as a reaction to all the inquiries he’d received about running for either the governor’s office or reelection. The two-term fiscal conservative said he decided within the past few days to bow out of politics and head to the private sector and decided to disclose his plans in the middle of the 2020 presidential campaign because he wanted to be transparent.

“I’ve made a decision, it’s not going to change, and I want everybody to know,” Toomey said. He informed Senate Majority Leader Mitch McConnell (R-Ky.) before his announcement, according to a source briefed on the conversation. The news leaked out Sunday, and was first reported by The Philadelphia Inquirer and confirmed by POLITICO.