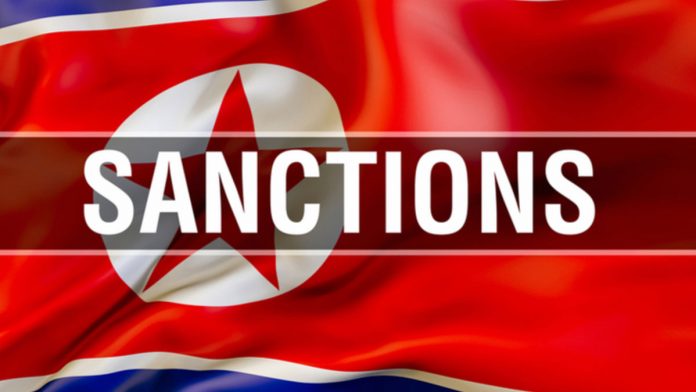 The Senate is expected to approve tough new sanctions against North Korea with bipartisan legislation that would cut off from the U.S. banking system any person or entity doing business with the hermit kingdom, according to the measure’s authors.

The sanctions, advanced by Sens. Chris Van Hollen, D-Md., and Patrick Toomey, R-Pa., as an amendment to the Senate’s annual defense bill, have the backing of Armed Services Committee Chairman Sen. James Inhofe, R-Okla., the two lawmakers said Thursday. Such an endorsement all but guarantees the full Senate will approve the measure, which is designed to isolate North Korea from its financial allies and force leader Kim Jong Un to abandon his nuclear weapons program.

A spokeswoman for Inhofe did not respond to a request for comment.

The proposed sanctions are modeled on punitive measures Congress approved against Iran in 2010 and 2012, which are credited with pushing the regime to negotiate the nuclear deal that was secured by President Barack Obama but that was abandoned by President Donald Trump.

“My view is we should put absolutely maximum economic pressure on North Korea,” Toomey told The Washington Post, noting that the country’s economy actually grew in the last year. “That tells me their economy is not suffering enough. . . . The more economic pressure Kim is under, the better chance he will decide his grip on power is better assured by giving up his nuclear weapons capability.”

Since Toomey and Van Hollen introduced their legislation in 2017, Trump has met Kim in two high-profile summits that haven’t yielded major breakthroughs. Republicans and Democrats are split over whether Trump deserves criticism for that, and whether his tariffs on Chinese exports – China is one of North Korea’s biggest financial sponsors, and thus a likely target of these impending sanctions – have positively or negatively affected the status of nuclear negotiations with Pyongyang.

It remains to be seen how the president will view lawmakers’ attempt to compel concessions from Kim that Trump himself has been unable to obtain. Despite Kim’s objections, the administration has refused to lift existing U.S. sanctions on North Korea, leading to the abrupt collapse of the two leaders’ second summit, in February.

The White House did not immediately respond to a request for comment.

Both major political parties have agreed that the moment is ripe for Congress to apply sanctions that the president can waive only if he can make a case that they adversely affect U.S. national security.

“I think there’s a real sense now that the time has come to send a strong signal that we want to have serious negotiations (with North Korea) that produce real results,” Van Hollen said in an interview. “If you’re doing business with North Korea in violation of the sanctions, you will not have access to U.S. markets. . . . This is designed to plug all the holes in the current sanctions regime.”

According to Van Hollen and Toomey, negotiations to include their legislation as an amendment to the annual defense bill came together over the weekend.

The Senate is expected to complete work on its version of the defense bill in June.