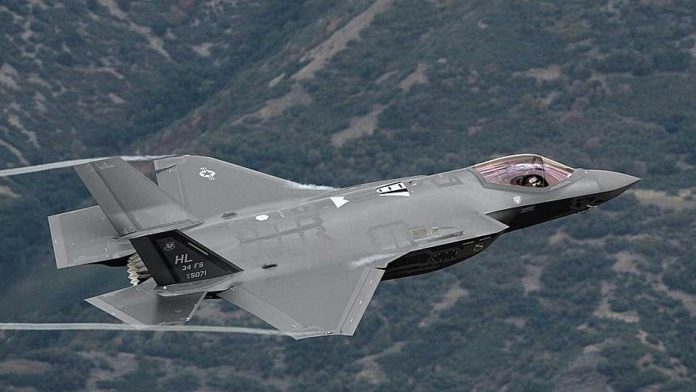 The U.S. Senate Armed Services Committee approved a $750 billion 2020 National Defense Authorization Act (NDAA) on Wednesday that includes the continuation of American assistance to Israel for missile-defense programs and at the same time blocks the transfer of F-35 jets to Turkey.

The Pentagon blueprint for the upcoming year allocates $500 million towards missile-defense systems in Israel such as the Iron Dome, David’s Sling and Arrow 3.

Like last year’s final version, the Senate version of the 2020 NDAA also temporarily halts the sale of F-35 fighter jets to Turkey. This comes amid tensions between Washington and Ankara with the latter seeking to purchase a Russian defense system.

“The bill sends a clear message to [Turkish President Recep Tayyip] Erdoğan who insists that he can acquire both the S-400 air-defense system and the F-35 jets,” Aykan Erdemir, who served in the Turkish parliament from 2011 to 2015, and now serves as a senior fellow at the Foundation for Defense of Democracies, told JNS.

“It is also a reminder that acquiring the Russian hardware would cost Ankara not only the F-35 jets, but also the lucrative business partnership, which is expected to provide revenues to the tune of $12 billion to Turkish firms in the F-35 supply chain,” he continued.

In the long term, said Erdemir, “the optimists would see this bill as a move to deter Erdoğan from making a costly mistake that would hurt not only Turkey’s security, diplomacy and economy, but also the transatlantic alliance. The Turkish president’s worrying track record in foreign and security policy, however, demonstrates that he is prone to settle for lose-lose options, and this might again end up being another one of those ill-advised steps.”

Diliman Abdulkader, director of the Kurdish Project at the Endowment for Middle East Truth, has been working on the F-35 issue that includes advising lawmakers against selling the U.S. defense product to Ankara.

“This shouldn’t surprise anyone following the Turkish purchase of the Russian defense systems,” Abdulkader told JNS. “The U.S. warned Turkey time and time again to cancel the purchase and abide by its NATO obligations. Turkey is choosing to play hardball.”

“Congress is finally realizing Turkey’s inconsistency as an ally and as a NATO partner. The move by the Senate Armed Services Committee is a positive one, it only shows that the U.S. will no longer play by Turkey’s terms, that Erdoğan can no longer stall the process and that a red line has been drawn,” he continued. “The next step is for [U.S.] President [Donald] Trump to follow through on the Senate’s actions and see Turkey for what it is: an unreliable ally.”

The NDAA will need an appropriations bill to fund it.

The U.S. House of Representatives Armed Services Committee is expected to release their version of the NDAA in the coming weeks.