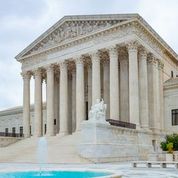 Senate Republicans are conflicted about what to do if a Supreme Court seat becomes vacant during the remainder of President Trump‘s first term, a possibility that has come more into focus in recent weeks in light of Justice Ruth Bader Ginsburg’s health problems.

Senate Majority Leader Mitch McConnell (R-Ky.) has made clear that he intends to fill a Supreme Court vacancy in 2020, despite holding the seat vacated by the death of the late conservative Supreme Court Justice Antonin Scalia open during the 2016 presidential election.