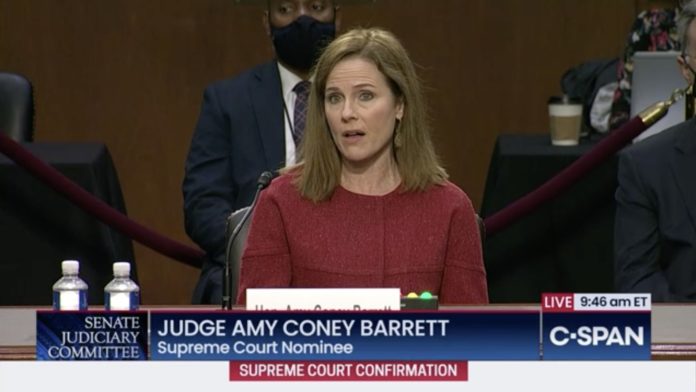 Republicans are eyeing a final vote to confirm Judge Amy Coney Barrett to the Supreme Court on Monday, Oct. 26, roughly a week before the election.

GOP senators and aides stressed the timeline wasn’t locked down—cooperation from Democrats, for example, could speed things up—but they are planning a rare weekend session that would set up a final vote for as soon as early next week.

Under the current plan, Barrett’s nomination is expected to be voted out of the Judiciary Committee on Thursday, allowing Senate Majority Leader Mitch McConnell (R-Ky.) to start lining up the procedural hurdles on Friday.