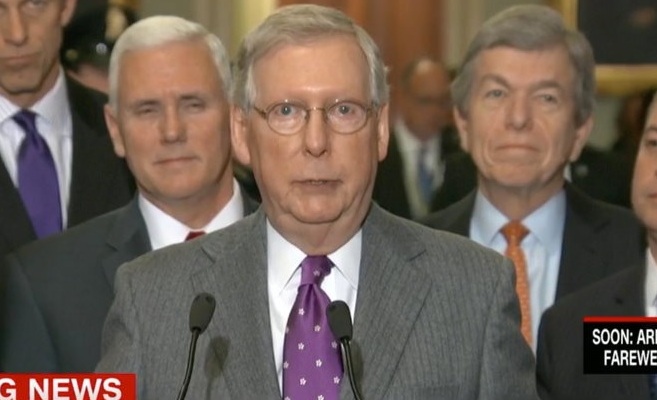 The unveiling of the legislation marks the first time that the majority of the Senate GOP conference gets a comprehensive look at the health care proposal. With Majority Leader Mitch McConnell pressing ahead for a vote next week, senators only a handful of days to decide whether to support or vote against the bill.

The bill is very similar to the version of the House bill that passed last month but with some key changes. The text released Thursday showed the Senate legislation would still make major changes to the nation’s health care system, repealing Obamacare’s individual mandate, drastically cutting back federal support of Medicaid, eliminating Obamacare’s taxes on the wealthy, insurers and others. The Senate plan however would keep Obamacare’s subsidies to help people pay for individual coverage. Read more at CNN.