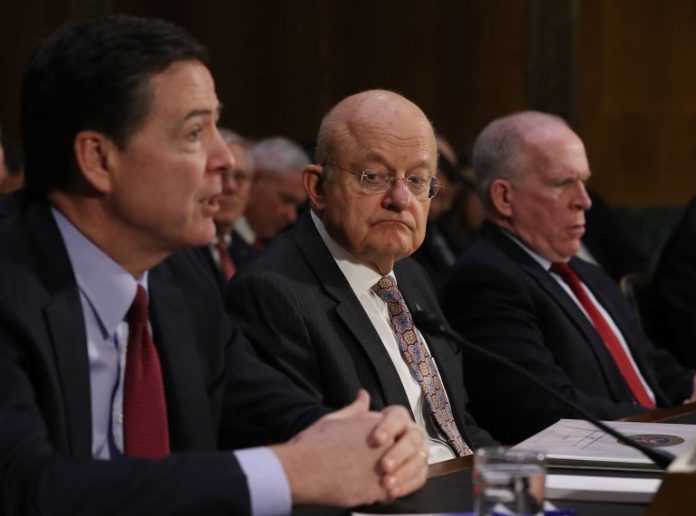 The Senate Intelligence Committee is seeking to ensure that records related to Russia’s alleged intervention in the 2016 U.S. elections are preserved as it begins investigating that country’s ties to the Trump team.

The panel sent more than a dozen letters to “organizations, agencies and officials” on Friday, asking them to preserve materials related to the congressional investigation, according to a Senate aide, who was not authorized to comment publicly. The Senate Intelligence Committee is spearheading the most comprehensive probe on Capitol Hill of Russia’s alleged activities in the elections.

The letters went out the same day that FBI Director James Comey huddled for almost two hours with the committee’s Senate members in a closed-door briefing in the Capitol. Senators emerged from that meeting especially tight-lipped about what transpired, with Sen. Marco Rubio, R-Fla., breaking the silence by tweeting the next day that he was “now very confident” the committee “will conduct thorough bipartisan investigation of #Putin interference and influence.”

The committee’s missives came just days after Trump asked Michael Flynn for his resignation as national security adviser, after the revelation that he misled Vice President Pence about his communications with Russia’s ambassador to the United States, Sergey Kislyak, between Trump’s election and inauguration. Flynn’s departure prompted an outcry among lawmakers for closer scrutiny of his contact with Kislyak.

Democrats in particular are demanding a full record of documents and transcripts pertaining to the Flynn call, in which intelligence officials say he discussed sanctions on Russia, “before they destroy them,” as House Minority Leader Nancy Pelosi, D-Calif., put it.

The Senate aide would not clarify whether the letters were sent specifically to individuals affiliated with Trump. And White House Chief of Staff Reince Priebus said Sunday on NBC’s “Meet the Press” that just because Senate Intelligence Committee Chairman Richard Burr, R-N.C., sent a letter, it “doesn’t mean that there’s anything there. It just means they need to do some things that satisfy their committee, that they’ve looked into something.”

The questions from Capitol Hill display differences in the way congressional investigations into Russia’s alleged actions in the 2016 elections are proceeding on opposite sides of the Capitol.

Republicans have not been as vocal in their suspicions of wrongdoing as have Democrats. At the same time, Democrats on the Senate Intelligence Committee are praising Burr for working with ranking Democrat Mark Warner, Va., to investigate all aspects of alleged Russian intervention in the elections and Flynn’s departure.

On the Senate Judiciary Committee, top-ranking Democrat Dianne Feinstein, Calif., credited Chairman Charles Grassley, R-Iowa, last week for coming up with the plan to send a joint letter to Comey asking for a briefing and all transcripts and documents of Flynn’s calls with Kislyak.

Feinstein, as a member of the Intelligence Committee, attended Comey’s briefing Friday.

But in the House, proceedings are trailing the Senate – and similar efforts to demand documents and transcripts are noticeably one-sided.

Last week, the House Permanent Select Committee on Intelligence said that it would be open to probing Flynn’s contacts with Russian officials as part of its greater investigation into alleged Russian interference in the elections. But the day after Republican and Democratic leaders reached that decision, Democrats were alone in asking administration officials for the transcript of Flynn’s calls.

“It’s a bipartisan request in the Senate,” Adam Schiff, Calif., the committee’s ranking Democrat, said in an interview. “But we could not get agreement on that.”