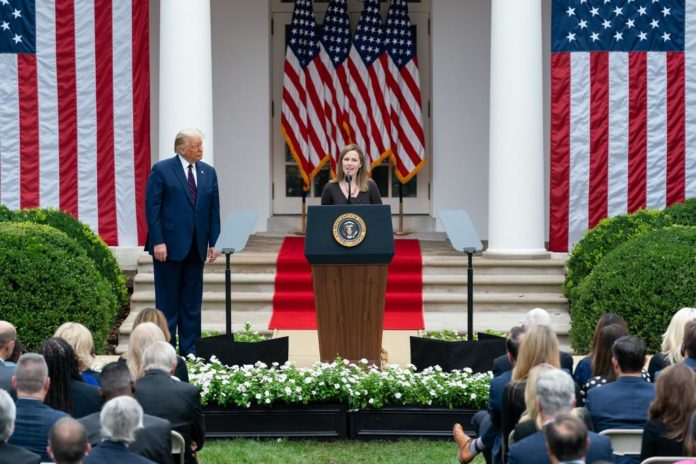 The Senate Judiciary Committee voted 12-0 to confirm Judge Amy Coney Barrett to the Supreme Court despite the Democratic members of the panel boycotting the hearing.

The nomination will now move to a full Senate vote on Monday.

Chairman Lindsey Graham (R-SC) said Thursday he will not allow Democrats to derail the Judiciary Committee’s confirmation vote for Barrett after they made good on their threat to boycott the hearing.

“We’re not going to allow them to take over the committee,” Graham said in his opening statement. “They made a choice not to participate after allowing Judge Barrett four days to be questioned.”

“That is a choice they are making,” he continued. “I believe it does a disservice to Judge Barrett, who deserves a vote, up or down.”