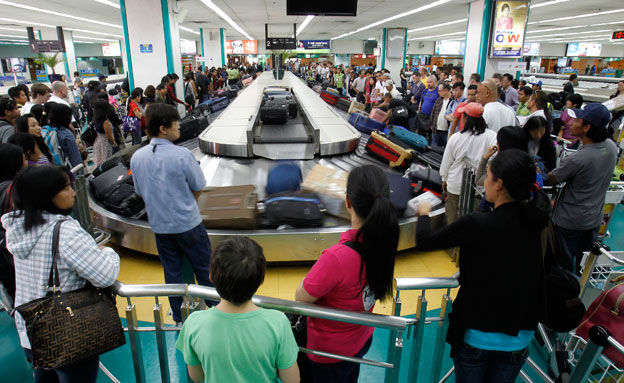 Airlines will still be allowed to jam passengers into ever-smaller seats and charge them for checked luggage, but they will have to provide refunds when those bags are delayed or lost under a bill set for Senate passage.

Rules to require those refunds and to bolster airport security are part of a Federal Aviation Administration measure nearing final approval by the U.S. Senate as early as next week.

The measure to extend the agency’s authority through September 2017 puts pressure on the House to act before current authorization expires July 15. The bill advanced on a 94-4 vote Thursday morning. Senate leaders had originally hoped to pass the bill later in the day, but were still wrangling over amendments.

Increased airport security is an issue with heightened urgency following the attack in Brussels. Earlier efforts to amend the bill to include tax credits for renewable energy failed, although Democrats said they extracted a promise that the energy credits would see Senate action later this year.

“This important legislation will bolster security for travelers and look out for consumers’ interests,” said McConnell, a Kentucky Republican. He said the measure would improve inspections of airport employees and expand security measures in pre-screening zones.

The bill directs the FAA to draft, within two years, rules for drones delivering packages — key to the ambitions of companies like Amazon.com Inc. to deploy a fleet of home-delivery drones. Another provision would add new penalties for people flying drones near airports and in other prohibited spaces.

Senate Finance Chairman Orrin Hatch, R-Utah, said in a statement Wednesday that he preferred to keep the bill from being loaded up with tax-cut extensions for renewable energy and other provisions.

“I’m pleased with this outcome. I just wish we could have taken a less contentious path to arrive at this conclusion,” he said. Hatch said Thursday he wasn’t convinced that the renewable energy tax breaks are necessary.

A six-year House bill, H.R. 4441, has stalled over proposals including one to carve air-traffic control out of the FAA and create a nonprofit corporation to run it.

President Barack Obama signed a three-month extension of FAA authority last month. Lawmakers have said another temporary extension is possible if they are unable to meet the July 15 deadline. The measure before the Senate is H.R. 636.