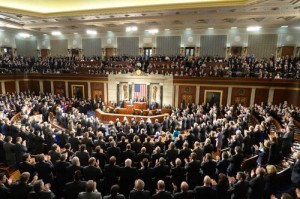 A large, bipartisan group of senators is pushing the Obama administration to quickly reach a new foreign aid agreement with Israel, arguing that mounting security concerns in the Middle East are threatening the United States’ closest ally in the region.

Eighty-one senators, including the Republican and Democratic leaders, sent President Obama a letter on Monday urging him to speed up the process, pledging themselves “ready to support a substantially enhanced new long-term agreement.” While the Obama administration has until 2018 to conclude a new 10-year deal, the senators cited a long list of regional threats they argue make a new memorandum of understanding between the two countries a necessity now.

“Israel could quickly find itself on the wrong end of the regional military balance,” the group of senators, led by Sens. Chris Coons, D-Del., and Lindsey Graham, R-S.C., wrote, adding the threats “mean that the United States must enhance its investment in the long-term security requirements of our closest Middle East ally.”

The Obama administration has long been in discussions with Israel over the terms of the next agreement, but the talks have been moving cautiously as leaders wrestle with how much the United States is willing to put on the table.

Israeli leaders have asked for $40 billion over the next decade and, in addition, money for missile defense systems, according to Israeli media, which is a bump over the last agreement that gave Israel $30 billion over 10 years. There are also unresolved questions about how that money would be spent – much of U.S. military aid to Israel, which covers about a fifth of its defense budget, is currently tied to the requirement that Israel purchase weapons from U.S. contractors.

The contentious U.S. presidential election has also cast a long shadow over the discussions, leading to widespread speculation that a final agreement could be deferred until a new president is sitting in the White House. Republican candidates have been heavily critical of Obama’s Middle East policy, with GOP front-runner Donald Trump declaring that the administration is “the worst thing that’s happened to Israel” — despite reports that he wavered on whether the United States should provide the Middle East ally with as much assistance as it currently does.

In recent years, Israeli Prime Minister Bibi Netanyahu and Obama have also had a rocky relationship, highlighted by Netanyahu’s March 2015 speech to Congress, which he delivered over the White House’s objections, and his passionate campaign against the Iran nuclear pact.

Among the neighborhood threats lawmakers listed: Hezbollah’s rockets in Lebanon and Hamas’ in the Gaza Strip; terror groups in the Sinai peninsula; the rise of the Islamic State and al-Qaida affiliates; the encroachment of Iranian-funded Shiite militias and the Islamic Revolutionary Guard Corps in Syria, and “the likelihood” that Iran will again try to develop a nuclear weapon. 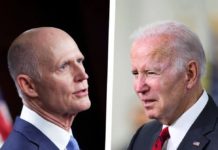 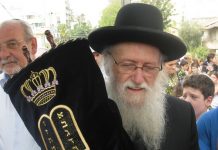