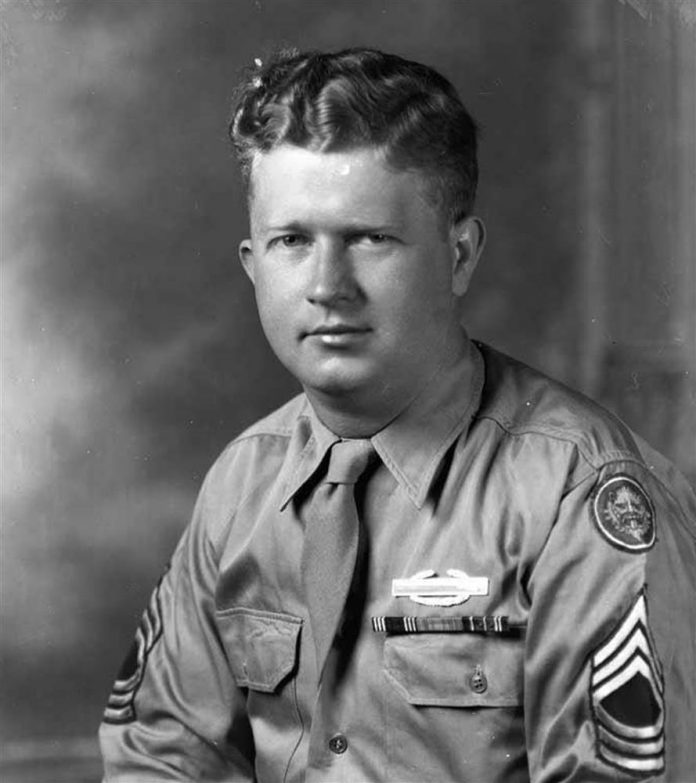 Several senators have introduced a bill seeking to posthumously award the Congressional Gold Medal to Army Master Sgt. Rodrick “Roddie” Edmonds for his heroic actions in a German prisoner-of-war camp, Stalag IXA, that saved the lives of hundreds of Jewish-American soldiers.

The bill to recognize Edmonds, which was introduced by Sens. Bob Corker (R-Tenn.), Ben Cardin (D-Md.), Lamar Alexander (R-Tenn.), and Tim Kaine (D-Va.), notes how Edmonds, as a senior noncommissioned officer responsible for the 1,275 U.S. soldiers at a prisoner-of-war camp in Germany, orchestrated an incredible show of unity when the Germans ordered him to identify and separate out the Jewish soldiers under his command.

As a result, Edmonds and all 1,275 soldiers refused the Nazis orders and stood together with a German officer angrily shouted, “They cannot all be Jews!” to which Edmonds replied, “We are all Jews here.”

“The courage and foresight Master Sergeant Edmonds showed that day to save the lives of approximately 200 Jewish-American soldiers is truly remarkable,” Corker said in a statement. “Even when faced with death himself, Master Sgt. Edmonds and the men under his command stood united to protect their fellow soldiers. His moral fortitude and humility serve as an example for us all, and I am pleased to join my colleagues to honor his life in this way.”

Senator Cardin said, “When I learned of Master Sgt. Edmonds’ valiant actions that saved Jewish-American prisoners of war in Germany, I was reminded of the Talmud’s teaching that, ‘whoever saves a life, it is considered as if he saved an entire world.’ At a dark time in humanity’s history, Master Sergeant Edmonds was a bright light and did what his heart told him was the right thing to do.”

Edmonds, who was originally captured during the Battle of the Bulge in Dec. 1944, returned home after 100 days in captivity and died in 1985. He has also been honored by Yad Vashem -the state of Israel’s official Holocaust memorial and research institute – as “Righteous Among the Nations,” the Israeli honorific for non-Jewish saviors of Jews during WWII, for his actions. JNS.ORG