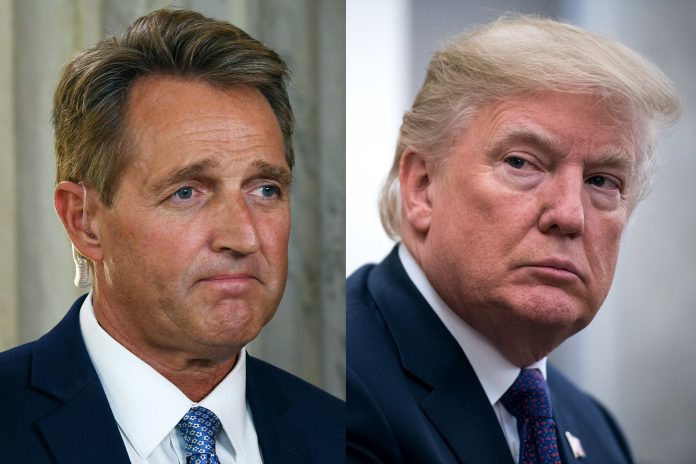 Republican critic of President Donald Trump, Jeff Flake, slammed a reported proposal for the U.S. to resume separating migrant and refugee families at the U.S. border, saying such a policy “simply is un-American.”

Sen. Flake, R-Ariz., responded to a question from ABC News Chief Anchor George Stephanopoulos on “This Week” Sunday about a report that the White House is weighing a new effort to separate families at the border in hopes of reducing the number of people trying to enter the country illegally.

“Is the president making a mistake here?” Stephanopoulos said.

Flake responded, “Yes, he is. We shouldn’t bring that policy back. That, that simply is un-American, and I think everybody recognized that. The president seemed to. Certainly the first lady and others spoke directly against it.”