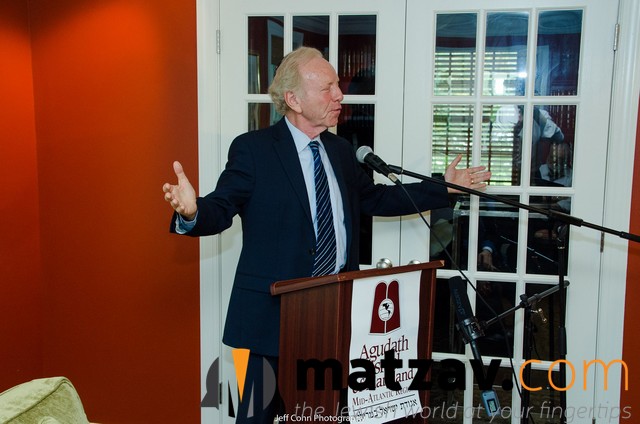 On Sunday morning, September 18th, Agudath Israel of Maryland held its second annual benefit brunch at the Baltimore home of Susie and Matt Schoenfeld. The event drew a capacity crowd of 140 community leaders and activists who came to show support for the vital community organization and to celebrate its numerous accomplishments. Featured speaker Senator Joe Lieberman engaged the audience with a moderate’s political perspective on the 2016 presidential elections.

Throughout the event, a theme emerged of Agudath Israel representing the Jewish community in the halls of government and to the outside world, and modeling what it means to live as a Torah Jew. This theme began with Rabbi Shmuel Silber of Suburban Orthodox Congregation, who introduced Senator Lieberman. In Rabbi Silber’s remarks, he thanked the organization and specifically Rabbi Ariel Sadwin, director of Agudath Israel’s Mid-Atlantic region, for his tireless and selfless efforts on behalf of the community, Rabbi Sadwin’s work, he said, “doesn’t just benefit the Orthodox Jewish community; it benefits the collective Jewish people.”

Senator Joe Lieberman continued this theme, reminiscing about his interactions as a young senator with Orthodox Jewish community leaders of the past, such as Rabbi Moshe Sherer, legendary president of Agudath Israel of America, and Rabbi Herman Neuberger, the venerable late president of Ner Israel Rabbinical College. The senator referred to them as “tremendous representatives of Torah Jewry” who became his “great friends and advisors.” He noted the rising population of Orthodox Jews within the larger Jewish community. “With these numbers,” he said, “comes a new power, but also a responsibility to represent the Jewish community to the non-Jewish community, to the government, and within the Jewish community itself, guided only by the words of Torah.” He urged those present to be more active within elected government – even running for office or campaigning for politicians.

Senator Lieberman discussed how his own Orthodox faith was an asset. “I never felt that being an Orthodox Jew was a barrier to anything,” he said.
His refusal to attend events on the Sabbath did not hurt him. “Once they understand why you’re doing it, and that you’re doing it consistently, they’re very respectful. I got to the point where being an observant Jew was a plus for me politically.”

Senator Lieberman then delivered a fascinating and frank presentation about the upcoming presidential election, followed by a robust discussion with the attendees.

Rabbi Sadwin concluded, “Rabbi Silber and Senator Lieberman inspired the attendees by their message: As Jews who live by the Torah, we can have great impact on our communities as advocates for the needs of those around us. 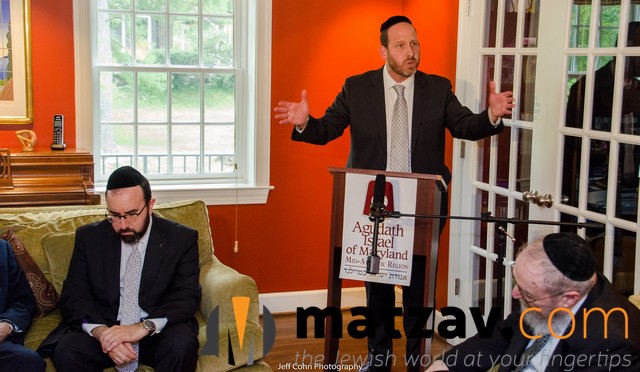 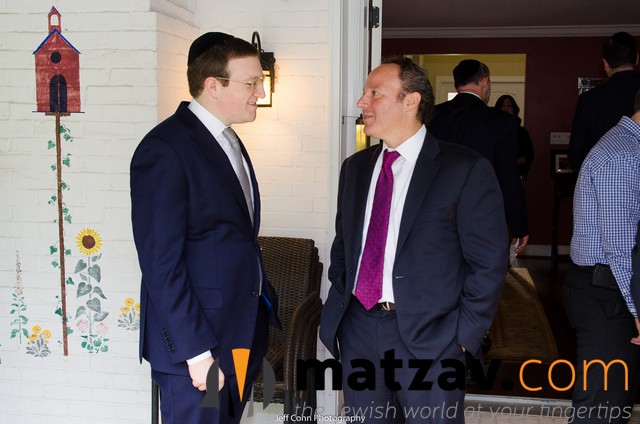 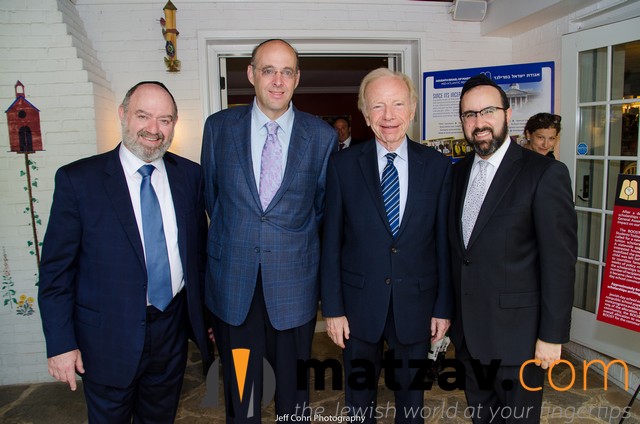 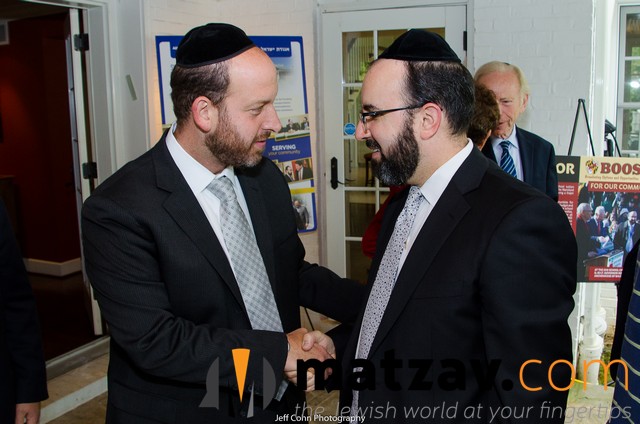 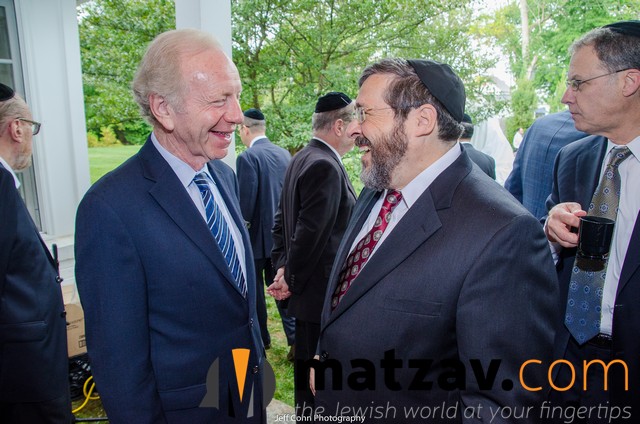 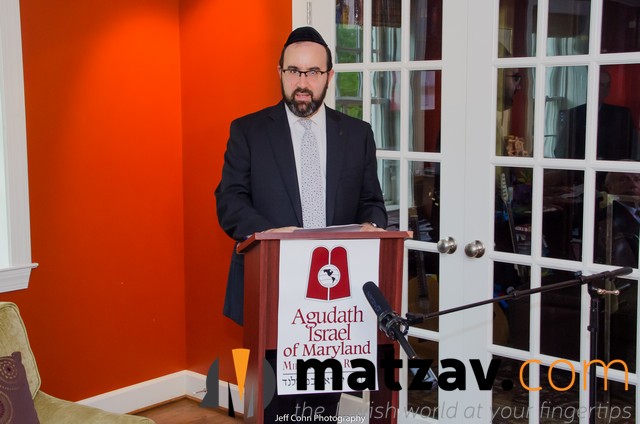 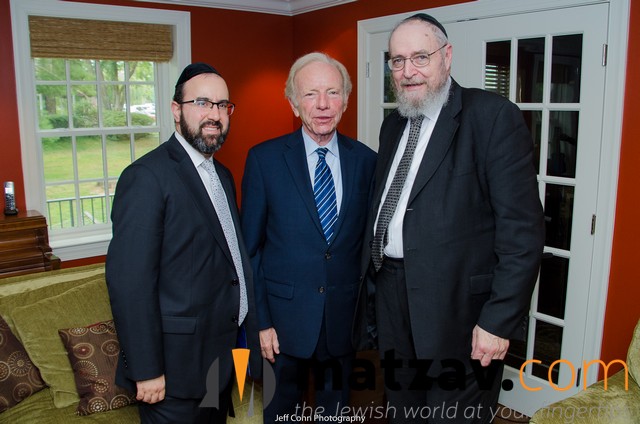