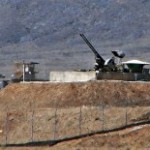 A leading United States senator has warned that the Obama Administration is heading for confrontation with Congress over its refusal, as reported by the New York Times, to allow congressional approval of a final nuclear deal with Iran.

In a statement to The Algemeiner, Mark Kirk (R-Ill.) declared: “By threatening to cut out Congress from the Iran nuclear deal, the Administration is actually uniting Congress.  We will not support an Obama-Khamenei deal that condemns our children to a future where the Middle East is full of nuclear weapons.”

After the signing of the Geneva Accord with Iran in November 2013, Kirk slammed the arrangement as “the deal of the century for Iran,” and one that “undermines sanctions and doesn’t stop a future with Iranian nuclear weapons.”

In a piece for the New York Times yesterday, David Sanger pointed out that it is uncertain whether the U.S. will be able to strike a deal with the Iranians in advance of the November 24 deadline. However, Sanger added, “If agreement is reached, President Obama will do everything in his power to avoid letting Congress vote on it.”

“We wouldn’t seek congressional legislation in any comprehensive agreement for years,” Sanger quoted a “senior official” as saying.

Over the weekend, the chairman of the Senate Foreign Relations Committee, Senator Robert Menendez (D-NJ) said that “If a potential deal does not substantially and effectively dismantle Iran’s illicit nuclear weapons program, I expect Congress will respond. An agreement cannot allow Iran to be a threshold nuclear state.” Menendez has sponsored legislation to tighten sanctions if no agreement is reached by Nov. 24.

“First the administration inappropriately characterized members of Congress as warmongers, now it is seeking to bypass Congress entirely,” David Ibsen of United Against Nuclear Iran (UANI) told The Algemeiner. “This is wrong. Clearly Congress has a role to play in approving any agreement, given its authority in passing, lifting and potentially increasing sanctions as well as the historic consequences of a potential nuclear agreement with Iran.”

“Any agreement must move Iran off the path toward nuclear weapons capability with terms that ensure Iran has no fortified nuclear facilities, no heavy water reactor and no enrichment capacity that would allow it to produce sufficient weapons grade uranium to ‘break out’ a nuclear device,” said Illinois Democratic Congressman Brad Schneider. “And importantly, any potential agreement that would lead to a potential lessening of the sanctions pressure on Iran must be presented to Congress for approval.  It was Congress that established the sanctions, and only with Congressional approval should they be altered.”

Seasoned Iran-watchers remain concerned that American efforts to secure Iranian cooperation in the war against Islamic State terrorists in Syria and Iraq will lead to a potentially fatal compromise over Tehran’s nuclear ambitions. Writing at The Hill, Michael Ledeen, a former consultant to the National Security Council, observed:

Nuclear deal or not, American collaboration with Iran is extremely dangerous, as Khamenei pushes for greater hegemony in the Middle East and, indeed, worldwide. Mohammed Ali Jaafari, the commander of the Revolutionary Guards Corps, made this clear in a recent speech about the Guards’ role in exporting the Iranian Revolution:

“The mission of the Ghods Force is external, to help Islamic movements, to expand the revolution and to provide assistance to suffering people across the world … and to people who need help in such countries as Lebanon, Syria and Iraq. The Guards … views its duty to support and defend the nations under the hegemony of America and Israel and to provide them any technology, something that is even more important than the transfer of weapons.”

The clash between the Obama Administration and Congress over Iran comes as a senior member of the Iranian parliament’s National Security and Foreign Policy Commission claimed, as reported by The Algemeiner, that Washington has already made a significant concession to the Iranians. Javad Karimi Qoddousi informed the Mehr news agency that he had been told directly by Seyed Abbas Araghchi, Iran’s Deputy Foreign Minister and a senior nuclear negotiator, that the Americans were “now coming to terms ” with “4,000 active centrifuges,” despite the fact that in the “New York and Vienna talks, US would not accept 1,300 centrifuges.”

“I’m disappointed by reports this morning that the Obama Administration is seeking to deny Congress any role in judging a nuclear deal with Iran.

“In July, I led a bipartisan letter to the President – signed by over 340 Members of Congress – calling for ‘greater consultation with Congress on a potential sanctions relief package that may be part of a final agreement.’  That extensive engagement hasn’t come, even as the Administration is considering such hugely consequential national security decisions.  It’s tough to see a solid agreement when Congress – which was critical to putting in the strong sanctions that got negotiators to this point – is so clearly sidelined.

“When asked if the Administration would come to Congress to secure legislative relief of sanctions in a final agreement with Iran, in a Congressional hearing earlier this year, Secretary of State John Kerry responded: ‘(w)ell, of course. We would be obligated to under the law.’  He added that ‘what we do will have to pass muster with Congress.’

“This report is another sign that the Obama Administration may strike an agreement that fails to protect the vital national security interest of the United States and our allies.”