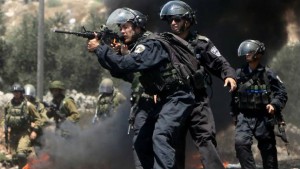 A bipartisan group of senators is backing a resolution supporting Israel amid an uptick in Israeli-Palestinian violence.

Senators are using the resolution to pressure President Obama, as well as the international community, to condemn forcefully the attacks against Israelis. They also want Palestinian leader Mahmoud Abbas to take steps to curb the violence and build on security cooperation with Israel.

Blumenthal, in a statement, said that he supports Israel “in defending itself against these tragic and indiscriminate Palestinian terror attacks against Israeli citizens.”

“Repeated reprehensible attacks on innocent Israeli civilians follow President Abbas’ dangerous disavowal of commitments made during the peace process. These attacks must be stopped,” he added.

The resolution comes after Secretary of State John Kerry announced late last month that Israel and Jordan have agreed to take steps to ease tensions at the holy site in Jerusalem that Jews refer to as the Temple Mount and Muslims as the Noble Sanctuary, or al-Aqsa Mosque.

The senators are using the proposal to back the agreement, including the requirement to install security cameras to help with around-the-clock video monitoring.

Kerry previously came under fire from Sen. Ted Cruz (R-Texas), who is running for president, who said he should resign if he wasn’t willing to disavow comments claiming Israelis have some responsibility for the recent rash of violence.