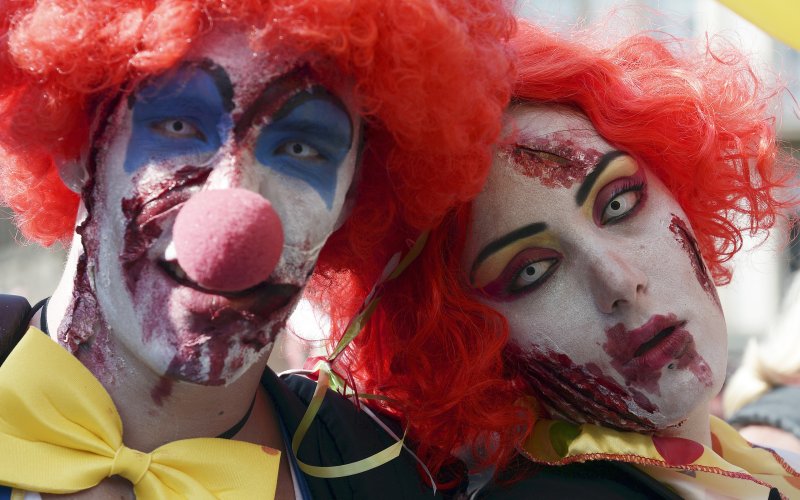 I once criticized a Jewish friend of mine for verbally attacking other Jews with the offhand comment that he was an anti-Semite. “If so, I come by it honestly,” replied this educated, observant man. And his reply gave me pause—a pause I’ve returned to again and again. Honest anti-Semitism—what does that mean?

After saying modeh, I skim the headlines. Especially during the pandemic, there’s an aspect of doom-scrolling, but the changing nature of COVID makes being informed a component of remaining safe. I check to see what’s occurring with my brethren around the globe. Lockdowns and restrictions in various Jewish communities concern most of us and we also seek to see how our leaders are responding. But leadership is a funny thing and, unfortunately, the loudest among us get the headlines.

Born to entertain, Borough Park’s Tischler has begged for the spotlight since grease turned black. I recall watching him a decade ago as he stood atop a milkcrate in front of Amnon’s Pizza on 13th Avenue screaming about how he would rid the community of New York State Assemblyman Dov Hikind and New York State Senator Simcha Felder. He was running his post-pubescent sons against the long-standing elected officials and stumped for days, always loud, always entertaining—a borscht-belt vaudevillian just a century or so behind the times. Then you’d run into his two sons handing out leaflets—nice kids who seemed embarrassed by the spectacle. It wasn’t fair to call the Tischler boys clean-shaven—I don’t think they’d actually started shaving yet. After the election, in which they received enough support to barely make a minyan, they disappeared from politics. But the father remained.

Tischler’s run for City Council in 2017 served to lighten the atmosphere created by the tense rivalry between the more serious candidates, Kalman Yeger (who won) and Yoni Hikind, son of the Assemblyman. Tischler, untucked and slaphappy, brought his stand-up routine to a public debate sponsored by The Jewish Press. The candidate finished third in a field of three.

There’s something to be said for badchanim, especially if they make you laugh. I prefer when they can juggle, but that requires coordination.

Recent headlines make it clear that Tischler is no longer concerned with bringing down the house. He wants to bring down his whole community. His go-to gag is telling people (and reporters) that COVID isn’t a big deal; his fans burned face masks at an anti-Cuomo demonstration and chanted, “Jewish Lives Matter,” because, you know, monkey see, monkey do.

Sadly, Tischler was upstaged at the recent Trump rally in Woodmere. At a street fair, the organ grinder’s monkey usually garners the most attention. Center-ring at the Orthodox MAGA Fest was little-known (but trying hard!) comedian Yitzchok Smith, a rabbi, or so he tells us, from Passaic. Pining for a gig on Late Night, Smith basically told the assembled Long Islanders that face masks are for Halloween.

Smith didn’t have time to finish expounding upon his flat earth theory. His act was cut short by former New York State Assemblyman Dov Hikind, who failed to see the humor in Smith’s rhetorical questions (he really needs a better writer). Hikind’s half-century agenda, which can be summed up as protecting Jews, has no room for badchanim.

“It is not the biggest sacrifice in the world to wear a freaking mask,” said Hikind. “Even if you don’t think it works, maybe you’re protecting someone else,” he explained before turning to the subject he came to discuss. “But that’s not why I’m here. I came to talk about the future of this country and the person who has possibly been one of the greatest presidents ever…”

Smith returned to Passaic, reportedly met by a standing ovation from his followers, both of them. Back in Borough Park, Tischler continues to scratch for attention. Publicly, the issue is face masks, but insiders know better. Attention is a coveted possession to those who need their daily fix, especially comedians. Family, community and chilul Hashem are important, sure, but compared with Twitter followers?

And the public, both Jewish and not, observant and not, is made to believe that the antics of these badchanim are representative of the Jewish community.

Want a formula to create honest anti-Semitism? Send in the clowns.

Yehudah Meth is a former senior aide to Assemblyman Hikind and Senator Felder.