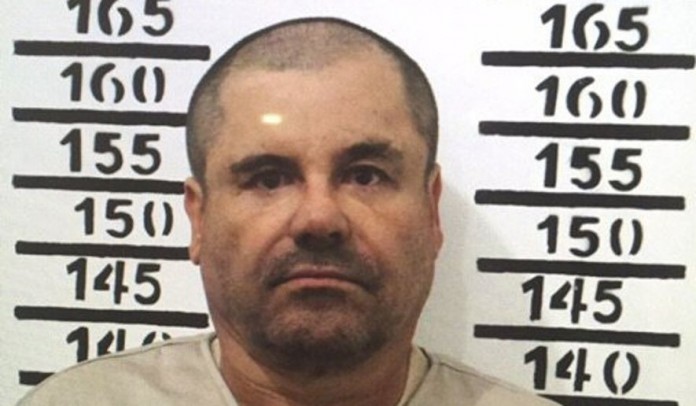 Joaquín Guzmán Loera, the crime kingpin known as “El Chapo” who controlled much of the illegal drug trade across the Western Hemisphere for almost three decades, was sentenced to life in prison plus 30 years in a federal courtroom in New York on Wednesday.

Before he was sentenced, Guzman, 62, told a federal judge in a heavily-guarded Brooklyn courthouse that his case was “stained” by juror misconduct. He said the judge denied him a fair trial on drug trafficking charges “when the whole world was watching.” He said America lacks justice and is corrupt, just as other countries.

He also thanked his family, legal team, prison guards and supporters for prayers, before griping about the conditions of the jail where he has been kept.

Guzmán, whose nickname refers to his height — it roughly translates as “Shorty” — was responsible for shipping more than 200 tons of cocaine to the United States alone as head of Mexico’s Sinaloa cartel, as well as brutal murders and widespread political payoffs, prosecutors said during his three-month trial in U.S. District Court in Brooklyn, where he was convicted in February.

A life sentence is mandatory under federal sentencing guidelines, but the Justice Department asked Judge Brian Cogan to tack on an extra 30 years because Guzmán illegally used firearms in the commission of his larger crimes.