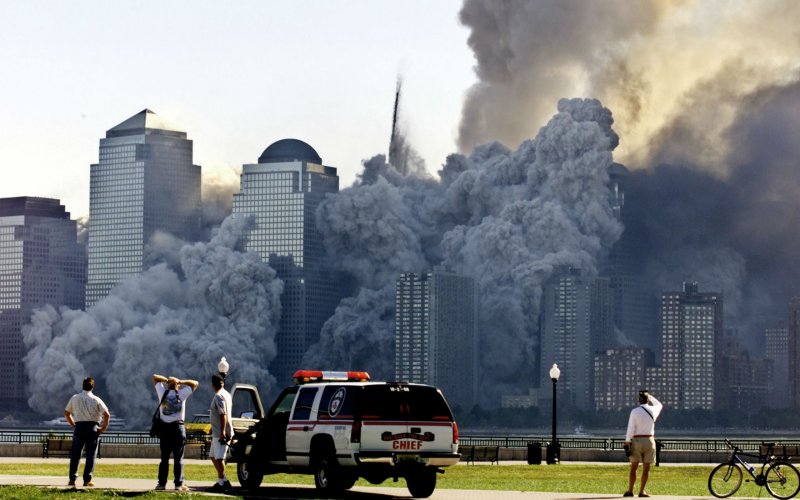 A woman widowed when her husband was killed at the Pentagon on Sept. 11, 2001 sued the Kingdom of Saudi Arabia just two days after Congress enacted legislation allowing Americans to sue foreign governments for allegedly playing a role in terrorist attacks on U.S. soil.

Stephanie Ross DeSimone alleged the kingdom provided material support to al-Qaida and its leader, Osama bin Laden, in a complaint filed Friday at a U.S. court in Washington. Her suit is also filed on behalf of the couple’s daughter. DeSimone was pregnant when Navy Commander Patrick Dunn was killed.

Fifteen of the 19 men who hijacked airliners used in the attack were Saudi nationals. One jet struck the Pentagon, seat of the U.S. military, two destroyed the World Trade Center’s twin towers in New York while another crashed in a Pennsylvania field as its passengers fought back against the hijackers.

A U.S. commission that investigated the 2001 attacks said in a 2004 report that it “found no evidence that the Saudi government, as an institution, or senior officials within the Saudi government funded al-Qaida.” Long-classified portions of a congressional inquiry that were released in July found the hijackers may have had help from some Saudi officials.

The kingdom has previously denied culpability. Its embassy didn’t immediately reply to an e-mailed message seeking comment on the suit.

An official at Saudi Arabia’s Ministry of Foreign Affairs told the state-run Saudi Press Agency on Sept. 29 that the U.S. Congress must correct the 9/11 bill to avoid “serious unintended consequences,” adding the law is of “great concern” to the Kingdom.

DeSimone, who is suing for wrongful death and intentional infliction of emotional distress, is seeking unspecified compensatory and punitive damages.