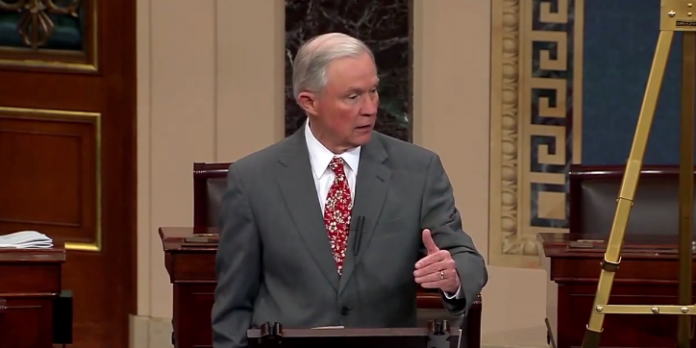 The Justice Department sent letters to four cities–Baltimore, Albuquerque and Stockton and San Bernardino, California — all of which are struggling with gun violence, telling them they will be ineligible for a new program that aims to root out drug trafficking and gang crime unless they give federal immigration authorities access to jails and provide advance notice before releasing someone in custody who is wanted on immigration violations.

“By taking simple, common-sense considerations into account, we are encouraging every jurisdiction in this country to cooperate with federal law enforcement,” Sessions said in a statement that accompanied the letters. “That will ultimately make all of us safer-especially law enforcement on our streets.” Read more at NBC.