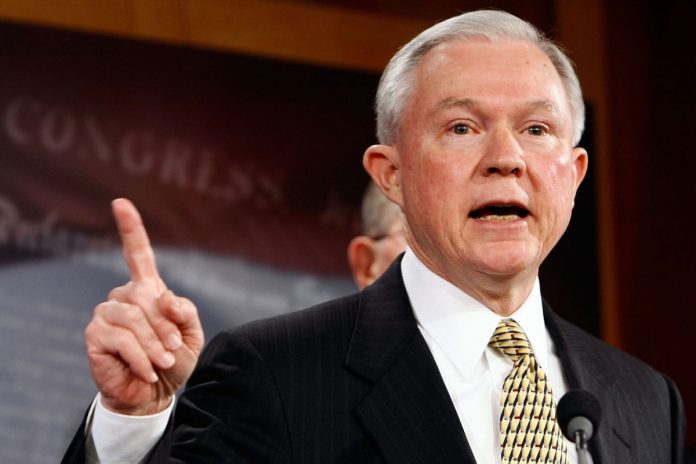 Attorney General Jeff Sessions, who had agreed to testify this week before both the Senate and House appropriations committees about the Justice Department budget, wrote the chairmen of both committees Saturday and said he was sending his deputy to testify instead.

Sessions was scheduled to testify before Congress on Tuesday for the first time since he was confirmed as attorney general in February. In light of former FBI director James Comey’s testimony last week, Sessions was expected to get many questions from lawmakers about his contacts with Russian officials during the 2016 elections.

In early March, The Washington Post reported that Sessions twice met with Russian Ambassador Sergey Kislyak during the campaign and did not disclose that to the Senate Judiciary Committee during his confirmation hearing in January. The next day, Sessions recused himself from the Russia investigation and said it would be overseen by his deputy attorney general, who last month appointed a special counsel to handle the probe.

Sessions was also expected to get questions about his involvement in the firing of Comey and the news that he offered his resignation to President Donald Trump at one point recently.

Sessions wrote to the two chairmen that he would testify before the Senate Intelligence Committee on Tuesday instead. A Justice official said it is likely that that committee hearing will be closed to the public.

“In light of reports regarding Mr. Comey’s recent testimony before the Senate Select Committee on Intelligence, it is important that I have an opportunity to address these matters in the appropriate forum,” Sessions wrote. “The Senate Intelligence Committee is the most appropriate forum for such matters, as it has been conducting an investigation and has access to relevant, classified information.”

Comey testified Thursday that the bureau had information about Sessions – before he recused himself from overseeing the investigation into Russian meddling in the 2016 election – that would have made it “problematic” for him to be involved in the probe.

Sessions wrote the chairmen that Deputy Attorney General Rod Rosenstein will take his place before both the House and Senate subcommittees to testify about the Justice Department’s budget.

Sessions said he was “pleased to accept” the invitation to appear before members of the Senate Select Committee on Tuesday. Spokesmen for the chairman and ranking minority member of the committee could not be reached to confirm whether the hearing will be open or closed to the public.