The Gemora tells Rav and Shmuel and Rav Assi once met at a circumcision of a boy, or as some say, at the house for the salvation of a son (the redeeming of a firstborn).  Rav would not enter before Shmuel, nor Shmuel before Rav Assi (for Rav Assi was greater), nor Rav Assi before Rav (for Rav Assi was Rav’s student). They therefore discussed who should go in last, and they decided that Shmuel should go in last, and that Rav should enter and then Rav Assi.

The Maharsha seems to understand that the requirement to make a party for pidyon haben is better sourced than the requirement to make one for bris milah. However, the Maharshal (Yam Shel Shlomo 37), in his famous discussion about seudas mitzvah asks a question from the Gemora in Chulin 95b which states that Rav did not partake in any “voluntary” feast!? Why then was Rav participating in this seudah? The Maharshal explains that by milah, the feast itself is a mitzvah just like it is by a wedding, however, there is no mitzvah to have a party by pidyon haben. The Maharshal clearly understands that whether it was milah or pidyon haben, Rav was joining and eating at the party. He assumes that the requirement to have a seudah for milah is more basic than having one at pidyon haben. Since the seudah of pidyon haben is only voluntary, how could Rav join and eat? [Evidently he holds that it is not a mitzvah at all by pidyon haben!?]

From this, the Maharshal is mechadesh a major yesod that any seudah whose purpose is to give praise to Hashem and either publicize a mitzvah (such as pidyon haben) or a miracle (such as the birth of a child which is Rabbeinu Tam’s explanation of “salvation of a son” i.e.a shalom zachor) qualifies as a seudas mitzvah.

The source for a siyum on a masechta of Gemora qualifying as a seudas mitzvah, the Maharshal says, is from a Gemora in Shabbos 118b that Abaye would make a party when he would see a torah scholar finish a masechta (the Maharshal then launches into a suggestion to make the bracha of “hasimchah bi’me’ono” at a siyum, which he retracted from after he felt that it was the reason that a siyum he once attended was totally ruined). At the end of the perek, the Maharshal continues to show from this Gemora in Shabbos that even those who aren’t actually finishing the masechta should celebrate with the one completing the masechta, just as we find that Abaye would make the seudah for his students even when he didn’t actually learn it with them.

The Maharshal also points out that the Gemora in Ta’anis 30b cites that one of the reasons for establishing a Yom Tov on the fifteenth of Av was because it was the day that they completed the mitzvah of cutting the wood for the mizbei’ach. Just as there is a point to make a seudah and Yom Tov upon the completion of a mitzvah, so too, there would be with the completion of a masechta, because there is no greater mitzvah than completing a sefer. As surprising as it may seem, the seudah at the siyum masechta seems to be better sourced as a seudas mitzvah, more than bris milah (which the Maharsha questions) and pidyon haben (which the Maharshal initially questioned). 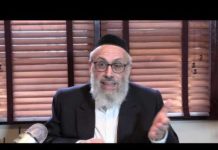