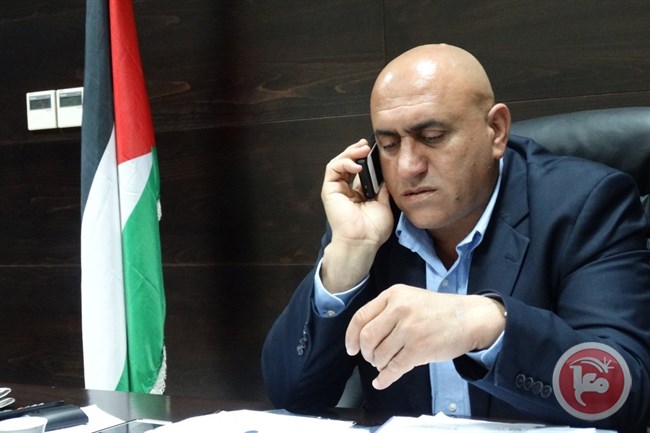 The Palestinian Authority governor of Shechem (Nablus) was dismissed “without warning” by PA Chairman Mahmoud Abbas, according to a post on the governor’s personal Facebook page. General Akram Rajoub, the now ex-governor who recently made headlines for staging a walkout in protest of Jewish settlers attending a Samaritan Passover sacrifice, then took to social media to blast Abbas.

In an unusually bitter and snarky attack, Rajoub derided Abbas for “considering himself a mighty Fatah leader and bragging that he knocked me out,” referring to Abbas’ Fatah party. “Patience has its limits,” Rajoub ominously concluded.

It is not yet clear whether the dismissal is related to Rajoub’s dramatic walkout last week in protest of Jewish settlers attending a Samaritan Passover sacrifice or is due to internal political wrangling within the Palestinian Authority leadership.

Rajoub himself told the Palestinian Authority Ma’an News Agency that he had “no idea” why he’d been fired.

Rajoub, a former high-ranking Palestinian Authority intelligence figure, has criticized Abbas in the past for allowing Abbas loyalists in Nablus too much leeway.

“My positions and principles are not up for negotiation,” Rajoub wrote in a Facebook post after being dismissed, adding that he “will not retract a single political, national, or party position” he has taken.

In a sign of recent tension, a firefight erupted several weeks ago in Nablus between Palestinian Authority police forces and gunmen of the Al-Aqsa Martyrs’ Brigade, the military wing of Abbas’ Fatah party, after the police attempted to arrest a murder suspect in the Old City of Nablus. The incident and subsequent pressure from Abbas loyalists in Nablus may have contributed to Rajoub’s ousting as governor of the city.

Rajoub’s dismissal comes on the heels of his walkout during a Samaritan Passover ceremony held in Nablus in protest of the presence of local Jewish settlers attending the event. The Samaritans are a tiny, ancient sect who practice a unique form of Judaism. They live mostly above Nablus on Mount Gerizim, the holiest site in their religion and the place where they conduct the annual Passover sacrifice.

The ceremony, officiated by the Samaritan high priest, was attended by local Jewish settlers and a Palestinian Authority delegation, including Rajoub. However, Rajoub and several other Arabs dramatically walked out in protest as Samarian Regional Council Chairman Yossi Dagan began to speak.

“We respect and appreciate the Samaritans and consider them part of the Palestinian people, but we cannot accept the presence of settlers,” Rajoub told the Palestinian Authority Ma’an News Agency. “We are unwilling to talk to settlers because their presence is illegal and unacceptable.”

Meanwhile, Dagan posted a video of his speech on Facebook, commenting that he wished a happy holiday to “the Samaritan community, IDF soldiers, and anyone who wishes to live alongside us in tranquility.”

Dagan added that Rajoub and the other Palestinian Authority representatives “fled the ceremony” because “they apparently didn’t really like hearing the simple truth—the nation of Israel lives.”