The only issue on which Israel and the U.S. do not see eye to eye when it comes to preventing Iran from obtaining nuclear weapons is the timetable, Israeli Vice Prime Minister Silvan Shalom said Monday.

“There is absolutely no disagreement about the need,” said Shalom, according to Times of Israel.

“The U.S. has operated all across the world in order to thwart a nuclear Iran,” said Shalom in an interview with Army Radio, noting U.S. efforts alongside other countries to toughen sanctions. “We believe in sanctions too, but think they can be even more crippling than they are now.”

Huckabee: Biden ‘Not An Option’ For Religious Voters 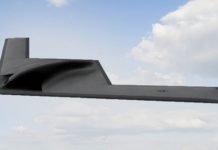 First B-21 Test Aircraft Starting To ‘Look Like A Plane’