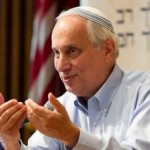 After reading an article in the NY Times this past week written by Rabbi Avi Weiss of the Hebrew Institute of Riverdale, New York, that strongly criticizes the Israeli Chief Rabbinate, I found myself asking the following questions:

How could a Zionist Jewish leader write an article portraying Israel as negatively as he did for a newspaper whose anti-Israel bias is often featured on Arutz Sheva?

Why would an Orthodox rabbi write on issues that are clearly halakhic in nature in a non-Jewish newpaper? Most NY Times readers would accept what is written there without question, as their knowledge of the topic is minimal at best, but that certainly cannot be the motive of a respected rabbi – remembered well for his part in the struggle for Soviet Jewry and the battle to free Jonathan Pollard.

And the timing seems as questionable as the venue – Israelis are being pressured severely by Obama and Kerry’s plans for the Jewish state, so why bring up internal controversies in “The Gray Lady”?

And unfortunately, the article  telling Israelis – from overseas – how to run one of that country’s institutions, contains partial and misleading information. Read the rest of the column here.