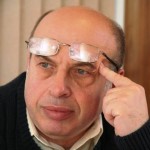 Jews in America should take a stand against the White House and oppose the nuclear deal recently agreed between world powers and Iran, famed Soviet dissident and now Jewish Agency Chairman Natan Sharansky said on Friday in an op-ed for The Washington Post.

“Those of us who believe that the nuclear agreement just signed between world powers and Iran is dangerously misguided are now compelled to criticize Israel’s best friend and ally, the government of the United States,” Sharansky said.

Sharansky acknowledged that standing up against the White House in support of “what we think is right” for both Jews and the world, puts American Jewry at odds with the “power best able to protect us and promote stability.” Nevertheless, he said Jews must even risk giving the impression “that we somehow prefer war” rather than join those who believe “peace is on the horizon.”

The human rights activist noted that the U.S. Jewish community similarly stood up to the White House 40 years ago in a historic move that helped secure freedom for Soviet Jews at the time.

In the early 1970s, Democratic Sen. Henry Jackson of Washington spearheaded an initiative to condition the removal of sanctions against the Soviet Union on the allowance of free emigration for its citizens, including Jews. By that time, tens of thousands of Soviet Jews had requested permission to leave for Israel, according to Sharansky.

While President Nixon’s Republican administration furiously objected to the policy, American Jewish organizations actively supported it, though they were conflicted about taking the stance.

Sharansky said, “They were reluctant to speak out against the U.S. government and appear to put the ‘narrow’ Jewish interest above the cause of peace. Yet they also realized that the freedom of all Soviet Jews was at stake, and they actively supported the policy of linkage” between detente with the Soviet Union and its treatment of its own citizens.

Republican senator Jacob Javits, who was “spurred by a sense of responsibility for the Jewish future,” helped put together a bipartisan group that ensured passage of the law.

“By conditioning this assistance on the opening of the USSR’s gates, the United States would not only help free millions of Soviet Jews as well as hundreds of millions of others but also pave the way for the regime’s eventual collapse.”

Sharansky called on Jews once again to actively oppose the White House like they did 40 years ago.

“Today, an American president has once again sought to achieve stability by removing sanctions against a brutal dictatorship without demanding that the latter change its behavior,” he said. “Of course, we are reluctant to criticize our ally and to so vigorously oppose an agreement that purports to promote peace. But we know that we are again at a historic crossroads, and that the United States can either appease a criminal regime… or stand firm in demanding change in its behavior.”

“A critical question is,” he concluded, “who, if anyone, will have the vision and courage to be the next Sens. Jackson and Javits.”