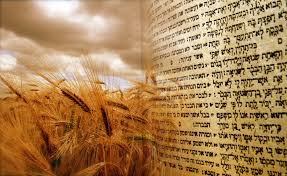 Learning through the night on Shavuos is an inspiring way to commemorate Matan Torah. In addition, there are kabalistic benefits associated with this yearly ritual. There are, however, some halachic consequences affecting how we recite birchos hashachar resulting from staying up all night. Someone who did not sleep may not be able to recite the berachos of al netilas yadayim, tzitzis, E-lokai, neshama, birchos haTorah and hama’avir sheina. This essay will focus on the two most prominent issues, the berachos of E-lokai, neshama and hama’avir sheina.

According to some poskim someone who did not sleep during the night cannot recite these two berachos. This year many people will be spending the night of Shavuos learning and then daven alone in the privacy of their homes without the benefit of being able to hear these berachos from someone who slept. To solve this problem, it has become customary to have one person who slept during the night come to the shul in the morning and recite all the berachos on behalf of the entire congregation. While it is admirable to follow this chumra when possible it is unnecessary to do so when it is difficult. The halachos presented are based on Shulchan Aruch (Orach Chaim §46; 47) the Mishna Berura (ad. loc.).

To understand the issues surrounding the berachos of E-lokai, neshama and hama’avir sheina it is necessary to provide a brief background to a general question regarding all of birchos hashachar. According to the Mechaber the birchos hashachar thank Hashem for pleasures experienced on a personal level. Someone who experienced the pleasure recites the beracha and someone who missed one of these pleasures cannot recite the beracha about it that day. For example, someone who did not hear a rooster crow cannot recite the beracha of hanosen lasechvi vina; someone who has not stepped on the ground cannot recite hameichin metzadei gaver. According to the Rama these berachos praise Hashem for providing these benefits to the world as a whole. Someone who did not personally experience a specific pleasure may nevertheless recite the beracha about it. Minhag Ashkenaz follows the Rama and urbanites who did not hear a rooster crow recite hanosen lasechvi vina every morning and sheasa li kol tzarki is recited on Yom Kippur and Tisha B’av although shoes are not worn on those days.

According to the Rama and many Acharonim (see Aruch Hashulchan) someone who did not sleep during the night may recite all the morning berachos with the possible exception of hamavir sheina.  The Elya Rabba, however, writes that someone who did not sleep should skip the berachos of E-lokai, neshma (and hamavir sheina) without offering an explanation why. It is probable that he paskens like the Mechaber and holds that a beracha cannot be recited unless the person experienced the pleasure. It is also possible that he holds like an opinion cited by the Levush which differentiates between the berachos that praise Hashem for general benefits which everyone can recite and berachos that thank Hashem for personal pleasures which only those who benefited can recite. The Elya Rabba places the berachos of E-lokai, neshama and hamavir sheina in the category of personal benefit which can only be recited by those who experienced them.

What level of sleep permits one to recite the berachos? According to the Mechaber only a proper sleep for more than half an hour on a bed is considered sleeping. Catnapping or putting one’s head down on a table s not adequate.

Going to Sleep after Neitz

It is questionable if it is permissible to go to sleep after alos without davening first. Even if one decides to be lenient in this regard, going to sleep after alos does not solve the afore-mentioned issues regarding berachos. According to the poskim who require one to sleep in order to recite the berachos, only sleep during the night is considered sleep.

What About the Rest of the Berachos?

If only two of the berachos are in question why do the shuls appoint a special Shavuos morning chazan to recite all of the birchos hashachar? Possibly it is a throwback to the days when the chazan was motzi the entire congregation with all of birchos hashachar every morning. More likely, the special chazan recites all of these berachos for the convenience of the shames. If everybody said the majority of birchos hashachar separately and only listened to the chazan for the two questionable berachos it would be unduly difficult for the shamas to quiet the crowd twice, once in time for E-lokai, neshama and once for hama’avir sheina.

May the night filled with Torah study and morning berachos recited properly draw us closer to Hashem and the fulfillment of His mitzvos.