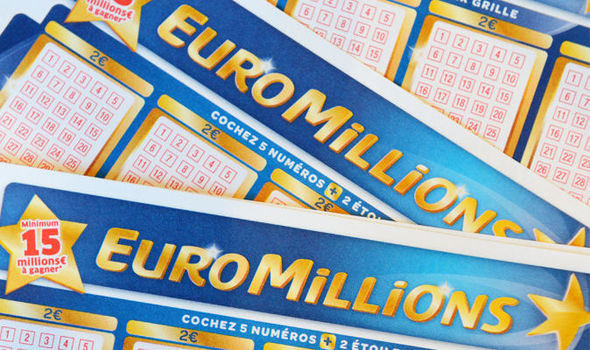 The first thing Jane Park bought after winning 1 million British pounds in the EuroMillions lottery in 2013 was a Luis Vuitton handbag.

Then a chihuahua named “Princess.”

Then a purple Range Rover.

And then 50 more designer handbags.

“I just went shopping all the time,” the Edinburgh native told the Channel Four Television Corporation.

Then something curious happened: Buying things for the sake of buying things got old. Instead of finding happiness via conspicuous consumption, Park uncovered an age-old maxim preached by holy men for thousands of years and ignored by enthusiastic lottery winners for almost as long: Money can’t buy happiness, and large amounts of it have a way of, well, complicating things.

Park told the Daily Record that she blames the lotto bosses for “ruining her life.”

“I thought it would make it 10 times better but it’s made it 10 times worse,” Park told the Sunday People. “I wish I had no money most days. I say to myself, ‘My life would be so much easier if I hadn’t won.'”

“People look at me and think, ‘I wish I had her lifestyle, I wish I had her money,’ she added. “But they don’t realize the extent of my stress. I have material things, but apart from that my life is empty. What is my purpose in life?”

Before her lottery win, Park worked as an administrative temp for 8 pounds an hour, according to the Independent. Now 21, she told the publication that her life as a rich person has been so fraught with drama that she thinks she should have been barred from becoming EuroMillions’s youngest winner at 17.

One of her biggest challenges is finding a husband who she doesn’t suspect of being interested in her because of her wealth.

“It does get lonely,” she told the BBC Scotland. “There’s times when you don’t even have anyone to speak to you. There’s no one there.”

Park said she thinks that 18 – not 16 – should be the minimum age for winning the lottery. The Daily Record reported that Park is debating whether to sue Camelot – the company that owns EuroMillions – for negligence and donate any potential winnings from that legal action to charity.

The paper didn’t provide quotes from the lottery winner saying as much, but when asked about a possible lawsuit, a Camelot spokeswoman said that she was aware of Park’s statements – but noted that the company has no control over the age requirements.

“Anyone over the age of 16 can play the National Lottery, and therefore win a prize,” the spokeswoman said. “Camelot doesn’t set the age limit to play – this was agreed at the launch of the National Lottery back in 1994, and so any questions about the legal age to play would be a matter for Parliament.”

“Our role is to offer tailored and specific advice and support to any winner, no matter their age,” the spokeswoman said.

The spokeswoman added that Park was offered “extensive support from Camelot” after her lottery win and pointed out that the company has been in touch with her “from time to time” to “offer ongoing support.”

“A dedicated winners’ adviser visited Jane at home to pay out her prize, arrange private banking and support her through the publicity when she chose to share news of her win,” the spokeswoman continued. “An independent financial and legal panel was set up shortly after her win, and we put Jane in touch with another winner who won at the same age, to share their experience and help Jane adjust to the win.”

Reached by email, a representative for Park did not immediately respond to questions about his client potentially filing a lawsuit, and said that because of Park’s substantial time constraints, a chance to ask her questions was “pretty unlikely.”

Park told the Daily Record that she owns two properties and her family has helped her spend her money more wisely.

“I’ve read about other lottery winners who’ve just blown it all, and I can totally see how it can be done,” she said. “I was stuck in front of a financial adviser who was using words like “investment bonds.” I had no clue what they meant.”

“I was appointed a Camelot representative but I can’t even remember her name,” she added.