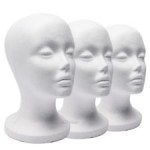 It is a question that seems to be on the mind of a number of people. And people of all ages seem to be asking it. What is the halachah regarding using one’s own hair for a sheitel?

Let’s first take a look at the history of wigs before we get to our specific question. The human-hair wig as we know it first appeared in ancient times, then virtually disappeared after the fall of Rome in 473 CE, and then reappeared in the last six centuries. We find that the Egyptians wore wigs to protect against the hot sun. They attached the wigs to their head using beeswax and resin. The Assyrians, Greeks, and Romans also used wigs. (The term wig, by the way, is short for periwig.)

The mishnah in Shabbos (6:5) also attests to the use of wigs, and the Gemaralater on clearly shows that it was worn for beauty. Both Rashi and the Meiriexplain that it was worn so that “she would appear to be a ba’alassa’ar, having [much] hair.”

Rashi in Bechoros (7b) seems to add more information. He writes (D’Hnehenimb’sa’arah), “The women who had little hair used to attach (or tie) the hair of other women to their hair and this is called peah nachris.”

The Wig In Halachah

Rav Chaim Kanievsky, shlita, stated that the Chazon Ish’s wife wore a wig (cited in Meir Oz Vol. III page 829) as did his mother. He also ruled that if a Sephardi studied in an Ashkenazic yeshiva, he may allow his wife to wear a wig; otherwise, she should cover her hair with a kerchief.

All this relates to a wig of another woman’s hair, but what about a wig made from one’s own hair?

The MishnahBerurah (75:15) cites two views in this regard. The first view he cites is that of Rav Yosef Ben Meir Teumim (1727–1793), author of the Pri Megadim. The Pri Megadim is of the opinion that use of a peahnachris, asheitel, is permitted. The MishnahBerurah then states that it is indicative in the language of the Pri Megadim that he permits the use of one’s own hair in the manufacture of it as well. He then cites the view of the Magen Giborim(written by the two brothers-in-law, Rav Yosef Shaul Nathanson [1808–1875] and Rav Mordechai Zev Ettinger [1804–1863] and published in two parts) who were stringent in this matter.

It is also interesting to note that manuscripts of Rav Teumim have been found in the Bodleian Library at Oxford (1:1500:16419) of his work titled “Eim LaBinah,” mentioned by R’ Avrohom Meir Livshitz Breizel, printed in 2014, which show that days before he passed away, Rav Teumim retracted his wholeheter for wigs entirely. Nonetheless, we have a dictum that an author’s more authoritative work will set aside a lesser work that he wrote, even one that was written later.

Rav Nissim Karelitz, shlita (Chut Sheini Shabbos III page 272) writes, “Praised be the one who, in her tzniyus, can fulfill the halachah according to all opinions.” It is clear that Rav Karelitz believes that ideally a woman should be stringent in accordance with the view of the MagenGiborim. What, however, is the view of the MishnahBerurah? What is normative halachah?

The earliest source that discusses the topic is Rav Yehoshua Boaz ben Shimon Boruch (d. 1557) of northern Italy, the author of the ShilteiGiborim. He writes on Tractate Shabbos (64b) that the wig is permitted and it makes no difference whether it is the woman’s own hair or that of another woman. He also shows that this is clearly referring to a married woman, because the Gemara states that she wears it so that she not be found unappealing in the eyes of her husband.

The Levush, however, forbade the use of a woman’s own hair, disagreeing with the DarcheiMoshe (Y.D. 303) who indicates that it is permitted. TheAteresZekeinim also understands the Rema as permitting it with one’s own hair. It would seem that the fact that Be’erHeitev does not even cite the view of the Levush is indicative that he holds the halachah is clearly like the Rema. This is borne out by the fact that in Even HaEzer (siman 115) he just cites the view of the ShilteiGiborim without bringing any dissenting view.

When the MishnahBerurah cites one authority and then a second one who is stringent, the general understanding is that he rules in accordance with the first view (heard from my rebbe, a relative of the ChofetzChaim). Also, generally speaking, the PriMegadim is more authoritative than theMagenGiborim. This combined with the view of the ShilteiGiborim would indicate that as a matter of pure halachah, notwithstanding the recommendation of Rav Nissim Karelitz, it would be permitted to use one’s own hair. However, the fact that the MishnahBerurah cites the view forbidding it as well indicates that it is not being unduly strict to be machmir.

As in all matters of halachah, however, one should always ask one’s own rav orposek as to how to conduct oneself.

The author can be reached at Yairhoffman2@gmail.com.