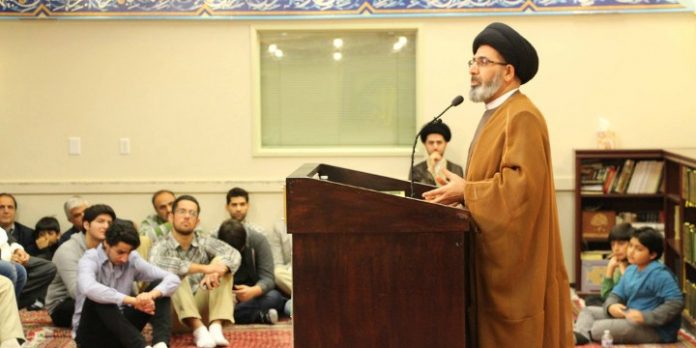 A Shia imam in California who stated during a sermon that Israel “finances, arms and trains” the Sunni Islamist terror group ISIS has offered an unreserved apology for his remarks.

As The Algemeiner reported last week, a video distributed by the Middle East Media Research Institute (MEMRI) showed the founder and director of the Islamic Education Center of Orange County, Dr. Sayed Moustafa al-Qazwini, declaring to his congregation on June 23: “You know who paid for them, who financed them, who helped them, who purchased weapons for them, who even trained them, who protected them…ISIS is the production of the Israeli intelligence. Most of their officers were trained in Israel, including (terror group founder) Abu Bakr Al-Baghdadi.”

Al-Qazwini has now expressed regret for the comments, acknowledging that he had made an error in trusting claims from Iraqi intelligence — which has been heavily penetrated by Iran — that Israel supports ISIS.

“While I made these comments based on information that I had received from Iraqi political and military sources, after careful reflection on the reliability of these sources and on the realization of the extent to which these comments have offended and hurt members of the Jewish community, I have decided to rescind my comments,” al-Qazwini said in a statement on Friday.

“I appreciate the importance of engaging in genuine interfaith relations and solidarity with members of all faith traditions, based on mutual respect and trust,” al-Qazwini, who is well known in local interfaith circles, added. “I pray that all communities can come together in peace and solidarity to overcome the challenges of our time.”

Al-Qazwini’s apology was welcomed by a leading Los Angeles rabbi, David Wolpe, who last week called on Muslim leaders to denounce the imam.

“I’m glad he retracted his remarks, and if he continues by actively combatting antisemitic statements by his colleagues, I’ll be impressed,” Rabbi Wolpe told The Algemeiner.

However, Rabbi Wolpe counseled, “If he merely disavows hateful statements without actively seeking to combat hatred, his retraction is half-hearted.”