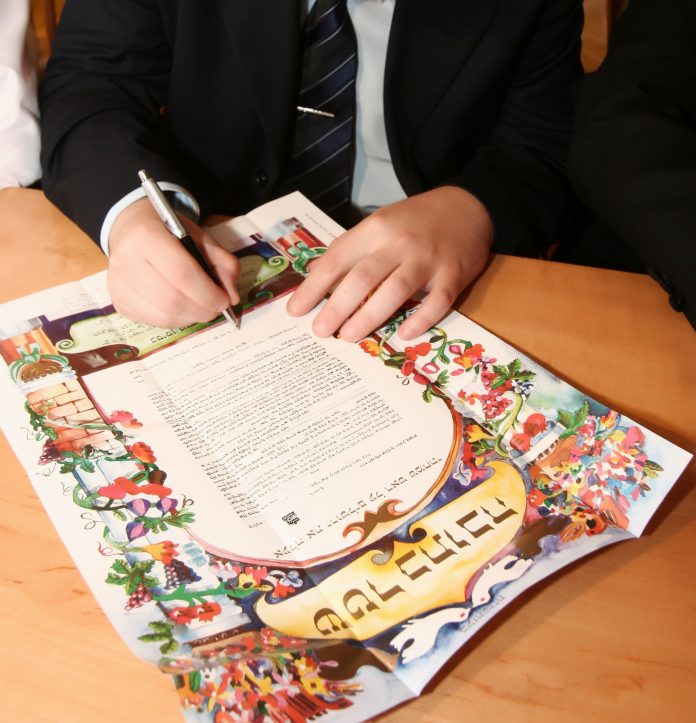 In response to last week’s article (“Heard In The Bagel Store: Shidduch Fraud”), a reader wrote, “Thanks so much for admitting that you, too, are capable of falling for the promises of a con man. It takes courage to be so honest.”

That’s true. But on the other hand, it is easy to be honest about crooked people. While the reaction and my research has shown a more than 20-year track record of lies, fraud, and deception by Yechiel Pearlstein, the folks who have written and the several who called are comforted somewhat in the realization that they were not the only ones taken in by this individual.

Comments on last week’s post can be found here. Many of the e-mails and letters focused on the question of why I, or anyone else for that matter, would give money to an unknown person who saunters into our homes or offices unannounced with what we now realize is a too good to be true story, buy into it, and assign a serious monetary value to the claim.

People also asked this question: Why give money to any of these people to daven for you when we each have our own direct line to Hashem and are certainly well-versed in how to beseech the One Above for our needs in this and other areas of life?

I don’t believe giving tzedakah diminishes our deeply rooted and implicit faith in G-d at all. This man did not enter our homes and offices and tell us that he was there to replace G-d in any manner. What he did do was persuade us that we were allowing him, through these donations, to help people in Israel — especially those with meager incomes and big families — who are making weddings for their children. That comes under the heading of “good works” and is no doubt looked upon favorably, we are taught, from Above. In other words, it cannot hurt the process if you have children here who need shidduchim, and while you are pursuing that objective you are assisting people in Eretz Yisrael who are at similar stations in life to yours here.

So it was not belief in this man; rather, I think, we saw him as a facilitator. And either we deluded ourselves or he was running a great faith-based confidence scheme. My best guess is that it was a combination of the two.

Other people are indeed so deeply trusting of this guy that they wrote to ask if I had definitive proof that he is a thief and a scam artist. In response I have to share that a series of warnings have been posted about him in various neighborhoods of Jerusalem. It turns out that this Mr. Pearlstein has, on occasion, borrowed money on high interest and after a few payments borrowed higher sums, only to abscond with the funds. That’s one from our “nothing new under the sun” file.

There are also posters about him selling graves that do not exist to people in the U.S. and Israel, also a swindle that, shockingly, is not unheard of in our community.

And then there is this note posted online from Mark who says, “Sadly, I, too, have been a victim of Yechiel Pearlstein. Not as a z’chus for my children, but as an innocent person who simply tried to help him in his endeavors and gave him many thousands of dollars primarily in loans — only to discover later that it’s all fraud. If Yechiel visits your office, call the police immediately.”

Some of the other concerns that were voiced or written about in online posts were that because of this devious and dishonest person, others who are good and upstanding will suffer unnecessarily. That reference brought to the fore the issue of the people who canvass offices during the day and ring doorbells at night looking for donations for various things, the details of which we do not even coherently pay attention to.

Many of us can write lengthy dissertations about people we have encountered over the years at our offices or residential front doors, seeking a check for this, that, or the other thing. Most will tell you that it is a matter of small money, and if these individuals place themselves in what many consider, frankly, a humiliating position, then it is probably OK to give them a few dollars whether or not they are truthfully representing where the money is going.

The only thing wrong with that kind of attitude and practice is that it perhaps facilitates even greater bogus representations as time goes by. The bottom line is that many of the people who travel here on a regular basis have placed themselves — or we have allowed them to place themselves — in a position where they expect, as a matter of entitlement, regular donations for no reason other than that they have received funds from us in the past.

Here’s an interesting experiment you may have tried in the past. Try to give $100, let’s say, to someone to whom you gave $250 on his previous visit. You will see that more often than not he will vehemently reject it and resort to treating you as if you have cheated him, or, even better, that for some reason you owe him or he deserves the money. But that dynamic is a discussion for another day.

The fascinating thing about this fellow Pearlstein is that his demand for an unusually large sum in some odd way actually gives his mission extra credibility, unlike the person walking in and looking for $100. A man whom you never met walks into your office, knows personal things about you and your family (which he often did), asks for thousands of dollars, and we reflexively think to ourselves, “Wow, this guy is either completely nuts or he actually has something there.”

Someone wrote a note to Matzav.com about the article that said, “You should probably post a picture of this character. He will just resurface under another name.” The fact is that in the 5 Towns Jewish Times and on our website, 5TJT.com, we did post a large photo of him. I do not know why Matzav or Arutz Sheva, two news websites that ran the piece, did not run his photo along with the story. At first I was struck that perhaps they did not mind cooperating in bringing this matter to the public at large but then thought that maybe running a photo might be a matter of mercilessly outing him in the extreme. Or was it a matter of space, because who would not want to help future victims from being duped?

According to some people who are in contact with Mr. Pearlstein, who does not know they are wise to his game, he says that he is scheduled to return to Israel next week where he is known to many as a thief, though he still seems to be functioning at his craft — that is, ripping people off.

Just a couple of days ago, a young man pulled me aside to say that he was introduced to Mr. Pearlstein by the rabbi of his shul. The rabbi had met with Pearlstein in the past, spoke on the phone to someone who said he was a known leading personality in Israel, and, based on that conversation, the rabbi agreed to introduce him to members of his congregation. The person I met this week said that he showed the article in last week’s 5TJT to the rabbi, who was stunned by what he read.

Has Pearlstein been ruined by the dissemination of this information? Will he be unable to continue doing what he does? As one of the letter writers said, he can easily resurface using another name. It has occurred to me that it is possible Yechiel Pearlstein is not even his real name. While we know a great deal more this week about this guy than we knew two weeks ago, it looks like there is still more to be learned about him and the damage he has caused to innocent, trusting, and unassuming people.