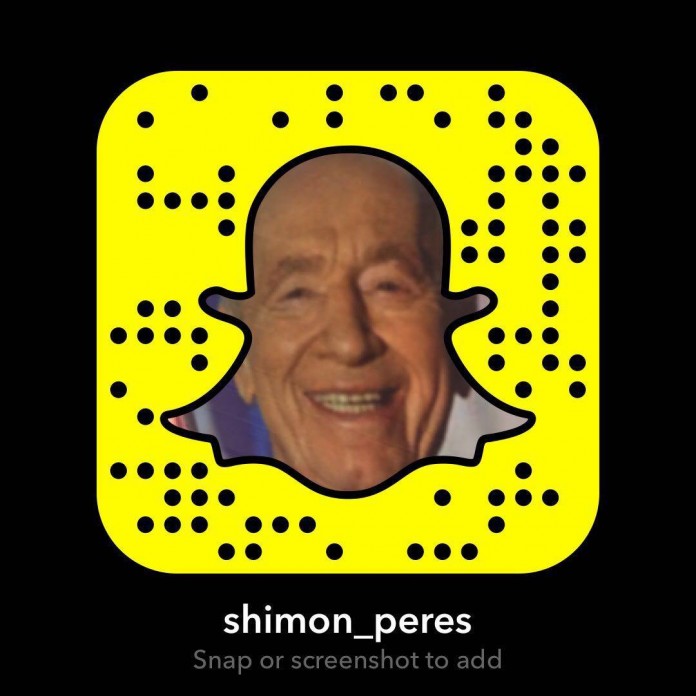 Former Israeli President Shimon Peres announced on Sunday that he had joined a popular messaging and multimedia mobile app.

“This week I turned 93, and it seemed like just the right age to join @Snapchat,” Peres posted on Facebook. “Young people inspire me, and the most important thing for me is to hear what they have to say. Today, all the young people are on Snapchat, and I am happy to be on there with them…We must focus on creating a new generation where technology and science are the top priority.”

Peres, whose birthday was on Aug. 2, told The Algemeiner in 2013 that he is fascinated with social media platforms and believes members of the older generation should learn to adapt to the times.

“We live in a changing world and you have to change with it,” he said. “The new world is run by science and technology, it’s no use having an old mind in a new world. Those that fail to embrace the new age will be left behind.”

He added that while the world was once divided by language and geography, it is now “more united than ever before, through technology.”