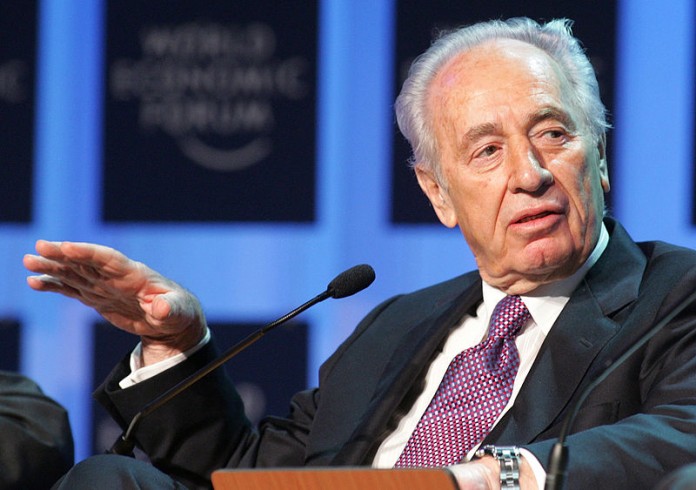 Former Israeli President Shimon Peres, of blessed memory, who passed away overnight, will always be remembered as a man who fought for peace, although many say that he was far too obsessive in his quest, and that he took excessive risks. In that sense, he was like Ariel Sharon, who decided to surrender Gush Katif in the belief – or, better yet, the delusion – that it would somehow lead to peace. Sharon ignored the dissenters who claimed that if his move did not bring peace, it would simply serve to expose more of the country to rocket fire, not to mention the fact that it would result in the destruction of Jewish communities for no reason. Peres had an even more ambitious vision than Sharon, but that almost meant that he took much greater risks.

As a man who was both the president and the prime minister of Israel, Peres was a fascinating individual. He was one of the most highly admired statesmen in the entire world. Even when he was no longer an active politician, Peres still attracted plenty of interest. All the news outlets in the world reported on the stroke that he suffered, while political leaders from all over the world called to wish him well.

Peres was part of the previous generation. He was an active player in the political field even in David Ben-Gurion’s day. Interestingly, throughout his years in politics, Peres was widely disliked. It was only in recent years, since he was elected president of Israel, and even more so since he retired from the presidency, that Peres became a beloved public figure. Suddenly, he enjoyed the public adoration that he had craved and pursued throughout his life.

When he was recently hospitalized, the country’s admiration for him grew and transcended sectarian divides. He was visited in the hospital by Prime Minister Bibi Netanyahu, President Reuven Rivlin, and a number of rabbonim.

Peres had a special connection with the chareidi public. The gedolei Yisroel, both today and those of the previous generation, will never forget his status as the patron of the yeshiva world. Peres was responsible for the original arrangement that allowed yeshiva bochurim to be exempt from the draft, an arrangement that is still in place today. Whenever the status quo was challenged by various voices in the country – usually on the grounds that there were only 400 yeshiva students when Ben-Gurion agreed to the arrangement, while there are now tens of thousands of bochurim, kein yirbu – it was always Peres who spoke out in favor of it. Everyone knows about the special connection he had with the gedolei Yisroel, especially Rav Ovadiah Yosef zt”l.

There is no doubt that much will yet be said about him, but his contribution to the world of yeshivos will not be forgotten.