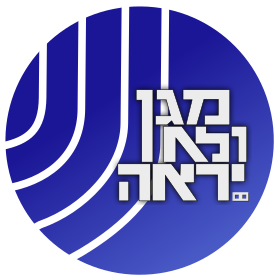 The Shin Bet revealed on Monday that it had thwarted a Hamas terror plot involving a resident of the Bedouin town of Segev Shalom in southern Israel.

Mahmoud Makdad, 30, was initially recruited by Hamas to gather intelligence on the Negev region, but in recent months was instructed and trained to carry out a bombing attack in Israel, according to the Shin Bet report.

Makdad, who was arrested by the Shin Bet on Aug. 15, has an Israeli Bedouin mother but a Gazan father and wife, and divides his time between Segev Shalom and Rafah in the Gaza Strip, according to the Shin Bet. His frequent trips to Gaza made it easier for the terrorist organization to recruit him, while at the same time granting them high-quality access to Israeli territory, the security agency said.

Makdad had agreed to act as a Hamas agent as early as the end of 2019, collecting intelligence on various sites in Israel, including the locations of Iron Dome air defense batteries. However, during his most recent stay in Gaza, Makdad underwent Hamas bomb-making training and was ordered to carry out a terror attack upon his return to Israel.

Since reentering Israel in June, Makdad purchased ammunition and began to construct an explosive device, while scouting out potential target sites in coordination with his Hamas operator in Gaza.

The site eventually chosen was the Bilu Junction just south of Rehovot, according to the report.

Mahmoud’s brother, Ahmed, was a party to his connection with Hamas and his plan to carry out an attack, but took no measures to prevent it, and in addition it appears he participated with his brother’s attempts to gather information regarding Israel’s Iron Domes batteries, said the report.

Other members of Makdad’s family assisted him in obtaining components for the explosive device, as well as additional armaments.

Nine acquaintances and members of Makdad’s family, most of whom are also residents of Segev Shalom, were also placed under arrest, according to the report.

A senior Shin Bet official called the incident “further proof of the effort the military wing of Hamas in Gaza is investing to set up a terror infrastructure in Israel via systematic, extensive activity in Judea and Samaria and Israel, and demonstrates Hamas’s continuing strategic goal of destabilizing the region, despite and in parallel with the ongoing efforts to reach an understanding with with it.”

Following weeks of arson and rocket attacks from Gaza and retaliatory Israeli airstrikes, Israel and Hamas reached an informal ceasefire agreement on Aug. 31. According to a Hamas statement reported by Ynet, the purpose of the “understandings,” reportedly reached through Qatari mediation, was “to return calm to the region and prevent an escalation in violence.”