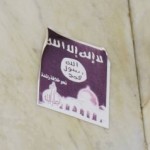 Seven Israeli Arabs were indicted before the Nazareth Magistrates’ Court on Thursday on suspicion of setting up an Islamic State terrorist cell and planning to attack police and military bases. The suspects face multiple counts of security violations, including conspiracy to commit an act of terror and criminal possession of firearms.

The suspects, all residents of northern Israel, were arrested in August by the Shin Bet security agency, the Israel Police’s Lahav 433 Major Crimes Unit, and the Northern District Police’s Minorities Division. The investigation was placed under a comprehensive gag order, which was partially lifted once the suspects were officially charged.

The Shin Bet said the suspects “conspired to form an Islamic State terrorist cell in Israel.” The Israel Police said they had been in contact with Israeli Arabs who had already joined Islamic State operatives in Syria, and that these alleged handlers had encouraged them to gather intelligence on police and military operations in northern Israel.

One of the defendants, Ahmed Ahmad, 26, from Nazareth, is already serving a life sentence for the 2009 murder of Israeli taxi driver Yafim Weinstein. The other six were identified as Mahmoud Sarif, 22, from Nazareth; Ahmad Mahajana, 20, from Yafia; Muhammad Jazala, 23, from Yafia; Ibrahim al-Jawabreh, 35, and his brother Ali, 32, from Fureidis; and Baha Naaran, 22, from Yafia. JNS.ORG