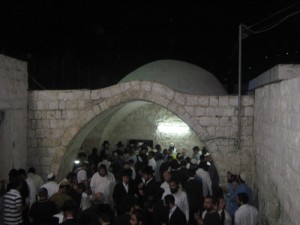 Israel’s Shin Bet security agency revealed that it has foiled a plot to attack Jews at Kever Yosef.

According to the Shin Bet, four Palestinians were arrested in connection to a plot to launch a bombing and shooting attack at the site. The four named suspects were Nassim Damiri, 30, who has been jailed a number of times by Israel; Muhammad Damiri, 23, who serves as a Palestinian Authority police officer; Yasser Tsarawi, 25, also a former prisoner and a known Hamas terrorist operative; and Adwan Nazzal, 24, an Islamic Jihad terrorist operative.

The Shin Bet said the plot was armed and directed by Islamic Jihad from the Gaza Strip.

“During the interrogation, Nassim Damiri admitted his intention to carry out a terror attack at Joseph’s Tomb in Nablus, and his cousin, Muhammad Damiri, admitted to conducting surveillance and collecting information on the movements of the worshipers there, in order to facilitate the attack,” the Shin Bet said.

“In this investigation we have seen again very clearly that there is high motivation of operatives in Gaza to push and direct terror in the West Bank,” a Shin Bet source said.