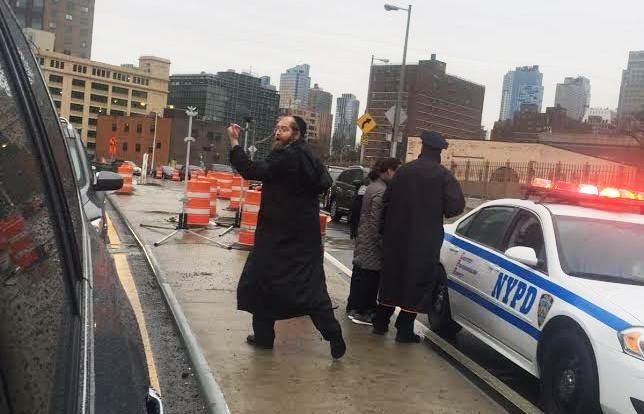 A chassidishe resident of Williamsburg is, Brooklyn, is being hailed a hero after rescuing a 52-year-old Asian woman who attempted to jump off from the Brooklyn Bridge this morning, reports JP UPDATES.

The incident occurred at about 9:55 a.m., when the woman attempted to jump off from the Brooklyn side of the bridge. Shloime Kohn, who was on the bridge and witnessed the attempt, held her down with the help of other civilians until police arrived. The woman was standing on the edge of the bridge.

JP UPDATES reports that Emergency Medical Services transported her to Woodhull Hospital, where she is being treated. She has a history of emotional disturbances, a law enforcement source said.