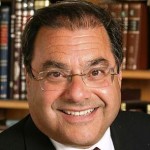 Shlomo Riskin, controversial rabbi of Efrat, is leading a group of “Orthodox” rabbis who are advocating for increased partnership between Christians and Jews.

The group of over 25 rabbis from Israel, the U.S., and Europe released the statement titled “To Do the Will of Our Father in Heaven: Toward a Partnership between Jews and Christians” on the Center for Jewish-Christian Understanding and Cooperation (CJCUC) website.

“The real importance of this Orthodox statement is that it calls for fraternal partnership between Jewish and Christian religious leaders, while also acknowledging the positive theological status of the Christian faith. Jews and Christians must be in the forefront of teaching basic moral values to the world,” said Riskin, CJCUC’s founder.

The statement addresses the positive shift in Christian attitudes toward Jews, particularly after seeing a new Christian affirmation of the Jewish covenant following the Second Vatican Council and the Catholic Church’s publication of the Nostra Aetate declaration in 1965.

“Both Jews and Christians have a common covenantal mission to perfect the world under the sovereignty of the Almighty, so that all humanity will call on His name and abominations will be removed from the earth. We understand the hesitation of both sides to affirm this truth and we call on our communities to overcome these fears in order to establish a relationship of trust and respect,” the new statement read.