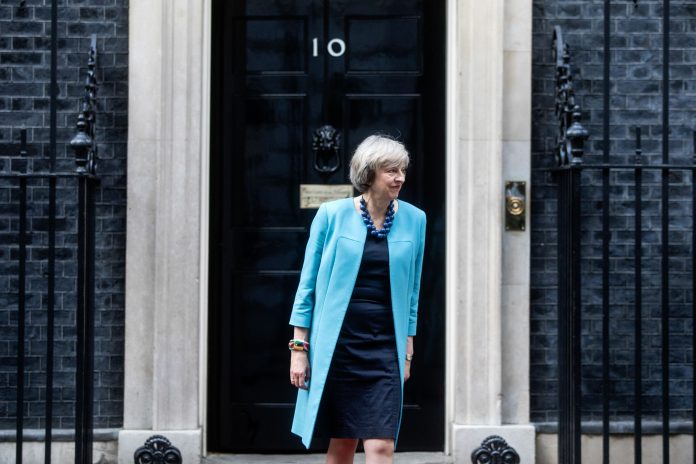 A senior British court on Thursday dealt a severe blow to Prime Minister Theresa May’s plans to begin the process of exiting the European Union early next year, ruling she must get Parliament’s approval before she acts.

The decision greatly complicates May’s stated plan to trigger Article 50 – the never-before-used mechanism for a country to leave the European Union – by the end of March at the latest.

Most members of Parliament opposed Brexit in the lead-up to Britain’s June referendum, when voters opted for an exit by a 52-to-48 margin. But it risks setting off an angry backlash from voters who favor leaving the E.U. and believe the issue was settled.

For the government, meanwhile, it boosted the chance that May will have to call a new election next year to seek a mandate to begin negotiations for the E.U. divorce.

May’s lawyers had argued that she had the right to begin the Brexit process without first getting Parliament’s consent, given the referendum result. But a three-judge panel on the London-based High Court sided with a group of plaintiffs who contended that Parliament must first weigh in.

“The most fundamental rule of the U.K.’s constitution is that Parliament is sovereign and can make and unmake any law it chooses,” the judges wrote. “As an aspect of the sovereignty of Parliament it has been established for hundreds of years that the Crown – i.e. the Government of the day – cannot by exercise of prerogative powers override legislation enacted by Parliament.”

A statement from May’s office at 10 Downing Street said it was “disappointed” by the ruling, and would appeal to the Supreme Court. Justices are expected to take the case next month.

May’s office also said that “the government is determined to respect the result of the referendum,” and a spokesman insisted that Article 50 would still be triggered on the original timeline.

But analysts said that process could now be significantly delayed, especially if the Supreme Court rules Parliament should have a vote not only on whether the government triggers an exit but also on the substance of British demands in the breakup talks with Europe.

The court’s decision stunned British political and legal observers – just as the referendum outcome also defied predictions that voters would favor staying in the European Union. Until Thursday, most analysts believed the court would side with the government. The High Court in Northern Ireland had even ruled as recently as last week that May’s government could bypass Parliament.

The opposite decision on Thursday, by a court representing England and Wales, sets a new legal course and leaves it to the Supreme Court to ultimately sort out.

The ruling sparked an immediate rally in Britain’s beleaguered currency, the pound, as traders reacted to the possibility that Britain’s E.U. exit could be significantly delayed – or even blocked.

The pound has been battered since the referendum, and has been one of the worst performing currencies anywhere in the world this year. London’s FTSE exchange remained down slightly despite the announcement, but other markets, including France’s CAC, were higher. Wall Street opened on a positive note.

Mark Carney, governor of the Bank of England, said the ruling is “an example of the uncertainty that will characterize this process.”

Pro-Brexit advocates quickly denounced the decision, saying it amounted to a betrayal of the public’s will.

“I now fear every attempt will be made to block or delay triggering Article 50,” tweeted Nigel Farage, a longtime Brexit champion. “They have no idea level of public anger they will provoke.”

Suzanne Evans, a candidate to succeed Farage as leader of the U.K. Independence Party, added a condemnation of “activist judges” who “attempt to overturn our will.”

“Time we had the right to sack them,” she wrote.

Pro-E. U. politicians, meanwhile, celebrated the decision and called on May to share with Parliament her negotiating strategy – something she has steadfastly refused to do.

“So far May’s team have been all over the place when it comes to prioritizing what is best for Britain, and it’s time they pull their socks up and start taking this seriously,” said Liberal Democrat leader Tim Farron in a statement. His call was echoed by Labour leader Jeremy Corbyn.

Pro-E.U. leaders also pointed to what they described as hypocrisy on the Brexit side. One prominent argument for getting out of the European Union was to restore the sovereignty of Parliament. But, in this case, anti-E.U. leaders want Parliament nowhere near a decision that carries huge ramifications for the country’s future.

The court ruling – assuming it is not overturned on appeal – sets up a crucial decision for the 650 representatives in Britain’s House of Commons. Members of the ruling Conservative Party were almost evenly split on whether Britain should stay in the E.U. or leave when the country voted June 23. But solid majorities of the other major parties in Parliament – including Labour, the Scottish National Party and the Liberal Democrats – all opposed an exit.

May, who took office in July following the resignation of David Cameron, has only a narrow majority in Parliament and could struggle to pass legislation authorizing the start of Britain’s departure.

And to further cloud the picture, there is the possibility of additional attempts to derail Brexit before it even begins.

Carwyn Jones, first minister of Wales, said the Welsh assembly should also have a direct say in the Brexit plans. Scottish First Minister Nicola Sturgeon – a prominent pro-E.U. figure – said the Scottish government could actively join the legal challenge at the Supreme Court and that Thursday’s ruling “underlines the total chaos and confusion at the heart of the U.K. government.”

A majority of people in both Scotland and Northern Ireland voted against Brexit, even as most people in England and Wales voted for it.

If the Supreme Court rules that Parliament needs to have a say in the government’s strategy for handling the E.U. exit talks, Rahman wrote in a Thursday analysis, then pro-E.U. lawmakers could use the process to “seek to tie May’s negotiating hand.”

One option for May, in turn, could be to call a general election next year “in order to ask the public to endorse her negotiating goals – in effect, to use an election to override Parliament,” he added.

Dominic Raab, a pro-Brexit member of Parliament, alluded to that possibility in an interview with the BBC, effectively daring pro-E.U. parties to force a new vote. “I don’t think those trying to break the verdict of the referendum would be rewarded,” he said in an obvious reference to polls that show Conservatives well ahead of their rivals.

Some analysts played down the ruling’s impact, noting that Parliament is unlikely to risk the wrath of voters by undermining Brexit.

“It’s worth remembering, for the first time in British history, Parliament is doing something it does not believe in,” said King’s College London historian Vernon Bogdanor. “We’re moving towards the sovereignty of the people, which is quite a different concept.”

Despite the popularity of May’s party – and despite the majority who voted to jettison the E.U. – the prime minister has experienced a number of setbacks in her bid to deliver on an oft-repeated promise that “Brexit means Brexit.”

May’s government has struggled to put together a coherent strategy for the tough negotiations to come with Europe. European leaders, meanwhile, have been generally united in their insistence that Britain will not be given a special deal.

The negotiations – set to last two years once Article 50 has been triggered – are likely to focus on the trade-off between Britain’s desire both to control E.U. immigration into the country and to retain access to the E.U.’s common market. Foreign Secretary Boris Johnson, a leading Brexit proponent, has said the government’s objective in the talks “should be having our cake and eating it.”

But European leaders have said that won’t be possible, and that Britain will have to allow immigrants if it wants to maintain the market access that is at the core of its trading relationships with Europe.

Johnson on Wednesday appeared to make unwitting reference to the government’s struggles with its Brexit strategy, saying in a speech at an awards ceremony sponsored by the conservative Spectator magazine that Britain would make “a titanic success” of Brexit.