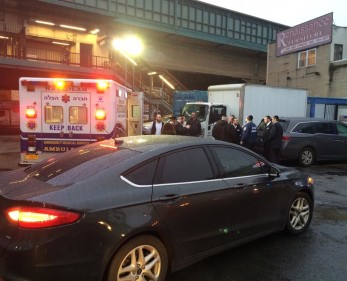 Francisco Oswaldo, who works as a delivery man for the Super 13 supermarket, delivered an order to an apartment building on Monday afternoon on 52nd street. After he finished delivering the boxes, he walked up to the boy who was standing in the lobby of the building, placing one hand around the boy’s neck and applying pressure, Detective Michael Moy of the 66th Precinct Detective Squad wrote in the complaint.

After the boy ran home and told his mother what happened, she notified Shomrim on Tuesday and they immediately contacted the police. A surveillance video contained proof of the boy’s version of the story.