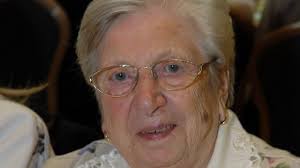 Shulamit (Shula) Cohen-Kishik, an Israeli spy who worked undercover in Lebanon, passed away on Sunday at the age of 100, Ynet reports.

Born in Buenos Aires, at 16, she married Joseph Kishik, a wealthy Jewish-Lebanese businessman from Beirut, who took her back with him to Lebanon. At the eve of the 1948 War of Independence, Cohen contacted Israeli intelligence and become a Mossad agent, code named “The Pearl.” Cohen spent the next 14 years helping to bring persecuted Jews from Arab countries to Israel and gathering intelligence about Lebanese military activities.

In 1961, Cohen was arrested for espionage. She was brutally tortured and sentenced to death, but the sentence was dialed back to 20 years.

In 1967, Cohen was released in a secret prisoner exchange after the Six-Day War. She then immigrated with her family to Yerushalayim.

In 2007, Cohen was chosen to light a torch for the Independence Day ceremony. “I did what I did because I wanted to, because I loved the country and I wanted to help its establishment,” she said.