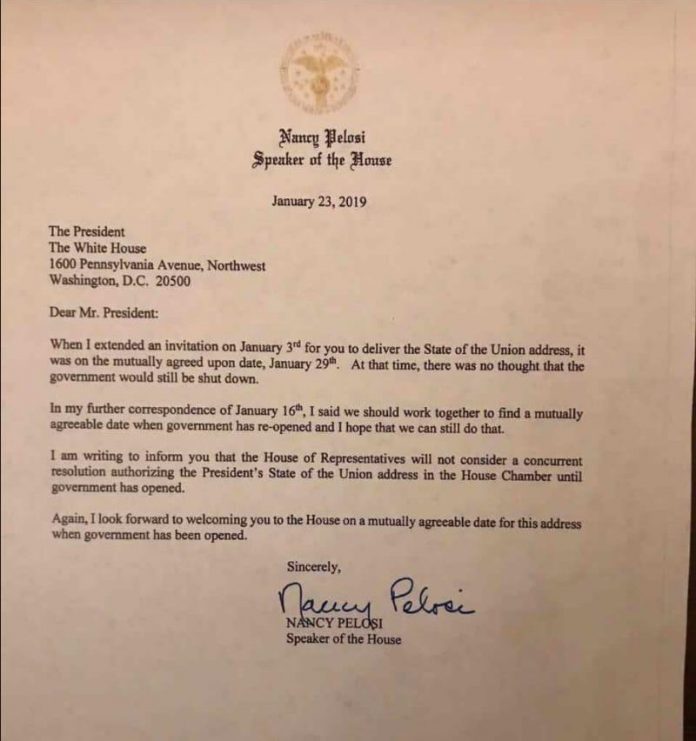 YAHOO NEWS: In the latest twist in their political feud, House Speaker Nancy Pelosi sent a letter to President Donald Trump Wednesday afternoon saying there would be no State of the Union address in the House chamber until after the partial government shutdown ends, effectively rescinding her invitation to the president.

“When I extended an invitation on January 3rd for you to deliver the State of the Union address, it was on the mutually agreed upon date, January 29th. At that time, there was no thought that the government would still be shut down,” her letter said.

“I am writing to inform you that the House of Representatives will not consider a concurrent resolution authorizing the President’s State of the Union address in the House Chamber until government has opened,” Pelosi, D-Calif., said.

“Again, I look forward to welcoming you to the House on a mutually agreeable date for this address when government has been opened,” Pelosi’s letter continued.