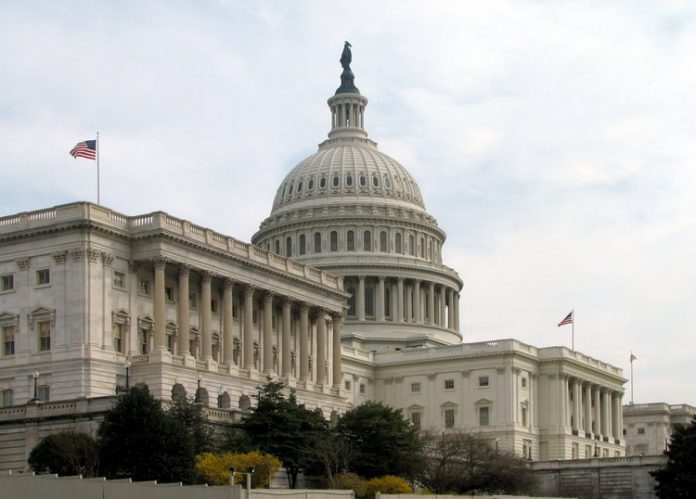 With Trump’s approval, the pact would reopen shuttered government departments for three weeks while leaving the issue of $5.7 billion for the U.S.-Mexico border wall to further talks.

The officials spoke on condition of anonymity to discuss private deliberations.

The developments came as Senate leaders scrambled Friday in search of a short-term deal to end the partial government shutdown as major delays at airports around the country produced a heightened sense of urgency.

As the shutdown stretched into its 35th day Friday, about 800,000 government workers missed another paycheck.

The impetus to reach a solution had clearly increased among lawmakers of both parties in recent days, as the mushrooming effects of the shutdown have become more apparent.

That included reports Friday of significant delays at key airports in the northeast because of absences of unpaid air traffic controllers that could multiply across the country at other airports. Federal officials temporarily restricted flights into and out of New York’s LaGuardia Airport, while travelers were grounded for extended periods in other cities, including Newark and Philadelphia.

The shutdown was also creating a strain on the Internal Revenue Service. At least 14,000 unpaid workers in the IRS division that includes tax processing and call centers did not show up for work this week despite orders to do so, according to two House aides.

Sen. Tim Kaine (D-Va.) said Friday that the airport delays in particular “ratchets up pressure tremendously” to reopen government, saying the developments could prove “very damaging to the American economy.”

House Speaker Nancy Pelosi (D-Calif.) said earlier Friday that House Democrats were holding off on plans to unveil a border-security proposal expected to match or exceed the $5.7 billion Trump has demanded for a southern border wall — but one that focuses on other initiatives and does not direct funding for the wall Trump is seeking.

Pelosi said, “We want to see what’s happening on the Senate side.”