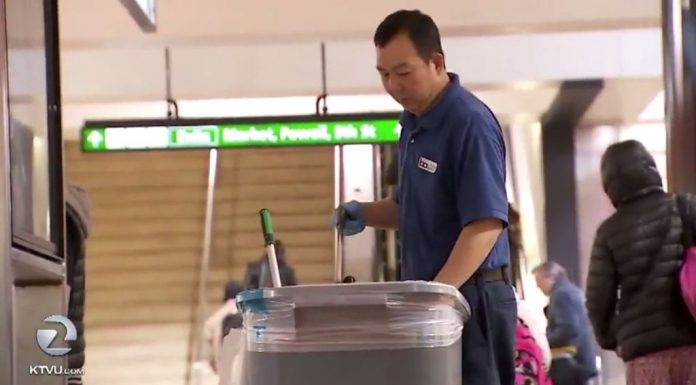 Last year, a janitor working for San Francisco’s Bay Area Rapid Transit System (BART) made $270,000. Most of it came from benefits and $162,000 in overtime. The whopping amount is raising a few eyebrows.

Was it all earned?

At first, it seems like the janitor in question, Liang Zhao Zhang, is just a very hard-working guy. An investigation by local TV station KTVU found that Zhang was paid for every single day in 2015. He also worked overtime most of the time. During one stretch in July of that year, Zhang worked 17-hour days for 18 days straight.

“People are not raising their hands and saying, ‘I want some of that overtime.’ Mr. Zhang has said yes, he’s worked hard, he’s completed his assignments, so I stand by the work he’s done,” Aguilera said.

Others are not so sure. The agency running BART has never audited Zhang, or the 49 other janitors who made more than $100,000 that year. The KTVU investigation found alleged discrepancies in Zhang’s performance and time sheets.