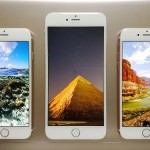 The Hebrew Siri is part of a preliminary version ofApple’s new iOS 9.3 operating system, which was released to developers in a beta version on Monday and will be released to the general public in about a month.

According to the Israeli technology website Gadgety, Siri’s Hebrew version does not support queries on Apple’s navigation app, Maps, but will be able to answer general questions. As this is a beta version, the one ultimately released to the general public could have more features. Malay and Finnish will also be supported in the new version. Siri currently supports more than 30 languages.