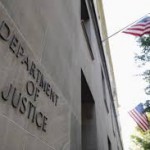 The U.S. Justice Department has charged at least 60 individuals in 2015 with terrorism-related crimes, an unprecedented number that officials attribute to a heightened threat from the Islamic State and the influence of social media on potential recruits.

“The common connection we’re seeing is – in almost every case – a tie to social media,” said John P. Carlin, Assistant Attorney General for National Security.
More than 55% of those charged are under 25, and about 1/3 are 21 or younger.

“That’s not the same age demographic that we saw with al-Qaeda,” he said.
Islamic State supporters inside the U.S., inspired by its leaders’ calls to attack where they reside, are increasingly plotting or attempting to carry out attacks domestically, officials said.

In 2015, prosecutors brought more than 15 cases against such individuals.