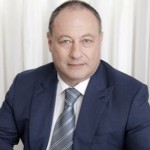 The Israeli Jewish Congress president, Vladimir Sloutsker, told Knesset members that European Jews are faced with a new Holocaust. Sloutsker referenced all of the protests and demonstrations by pro-Palestinian activists.

Calling the rise in anti-Semitic incidents accompanying Israel’s invasion of Gaza an “SOS situation,” Sloutsker warned that if left unchecked, such behavior could lead to another European genocide.

“Never before since the Holocaust, have we seen such a situation as today,” he said, referring to the continent-wide demonstrations by pro-Palestinian activists, a number of which have generated into violence and many of which have featured racist rhetoric.

“We are potentially looking at the beginning of another Holocaust now. These events [violent demonstrations and expressions of anti-Semitism] will only grow in scale across Europe,” he asserted.

Addressing the legislators and representatives of a number of European governments, including those of Denmark, Holland and France, the former head of the Russian Jewish Congress called for Jewish communities across the continent to “unite and consolidate.”