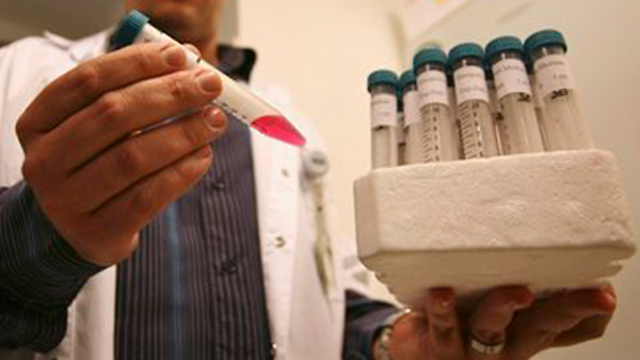 In Australia, there used to be widespread agreement that vaccinating children against fatal diseases was a good thing. Kids got shots, and the rate of childhood diseases plummeted.

But then things changed. In 1994, a group calling itself the Australian Vaccination Network launched a campaign claiming the risks of vaccines (which are essentially nonexistent). Its core mission: “to ensure that vaccinations are never made compulsory for Australian children.” (Years later, the group was forced to change its name to the Australian Vaccination-Skeptics Network, or else be de-registered.) The group seized on a fraudulent, wholly discredited paper linking the MMR vaccine to autism.

Panic began to spread among parents. By 1999, just 73.6 percent children between the ages of 24 and 27 months were fully immunized in the country, the lowest level in 17 years. In response, the government launched an aggressive education campaign. And vaccine rates did climb. By 2015, the average immunization rate across Australia was 92.2 percent. That’s not high enough, though, to stop the spread of disease.

“The medical community were telling us that ‘herd immunity rates,’ as they call it, need to be 95 percent, and we were just dropping steadily below that,” Social Services Minister Christian Porter told the Guardian. And in some communities, such as the Sydney suburbs, the proportion of vaccinated kids was significantly lower.

As a result, diseases that were effectively wiped out in the country began to spread. In 2012, a whooping cough epidemic swept through the country, and thousands of children got sick. Measles had been officially eliminated in Australia. But experts worried that vaccine rates were so low in some areas that deadly outbreaks of the disease could strike. Indeed, in 2012, there were 168 cases in Sydney.

So a year ago, the country’s leaders took action. They launched the succinctly titled No Jab, No Pay campaign, which said simply – if you don’t vaccinate your kids, we’re not going pay out the customary $11,500 child-care welfare credit to you. “Conscientiously objecting” on nonmedical grounds wasn’t an option anymore. And all parents had to report their kids’ status to the centralized Australian Childhood Immunisation Register. Parents were given until March 2016 to get their children on track.

“The choice made by families not to immunize their children is not supported by public policy or medical research nor should such action be supported by taxpayers in the form of child care payments,” said Prime Minister Tony Abbott in a joint statement with Social Services Minister Scott Morrison.

Not everyone was thrilled. One opposition group called the policy a “human rights violation.” Another – cheekily titled No Jab, No Pay, No Way – launched opposition marches across the country. “We are a group of individuals and parents who believe in freedom of choice and the right of all parents to make their families medical choices free from coercion, manipulation and blackmail!” they wrote on their website. Experts also worried that the policy would disadvantage migrant children, even those who had their shots, because of the complicated reporting requirements.

But a year in, it looks as though the program has had some success. Because of the policy, 200,000 more children received their vaccinations, according to Federal Health Minister Greg Hunt. Overall, the percent of fully immunized 5-year-olds rose to 93.2 percent from 92.6 percent. The new statistics also show there are non-vaccination hot spots, such as Adelaide and the Gold Coast hinterland.

“It’s a tough policy because this is about public health and the safety of our beautiful kids.” Hunt told a local news station.