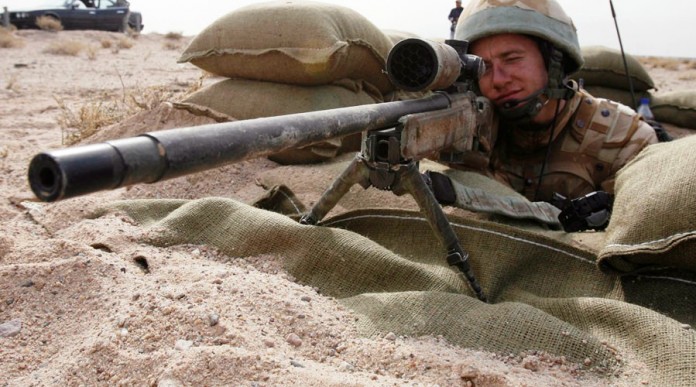 In a stroke of irony, a sniper from the elite British Special Air Service (S.A.S.) took the head off an Islamic State leader who was teaching recruits how to behead prisoners, THE DAILY CALLER reports.

The terrorist was probably not expecting to become his students’ example, but the sniper armed with a large-caliber rifle made him one after landing a head shot from over 3,000 feet away. The man was reportedly teaching 20 recruits when he quite literally lost his head.

“One minute he was standing there and the next his head had exploded. The commander remained standing upright for a couple of seconds before collapsing and that’s when panic set in. We later heard most of the recruits deserted. We got rid of 21 terrorists with one bullet,” said a military official who witnessed the event.

The sniper supposedly used an Israeli-made Dan .338 bolt-action rifle equipped with a noise suppressor during the operation. The Dan .338 bolt-action rifle features a .338 LAPUA Magnum bullet which tumbles end-over-end once it hits flesh, displacing the liquid within a body in a process called “hydrostatic shock.” Once the bullet hits a body it creates a large cavity within the target, leaving a massive wound as it exits. THE DAILY CALLER