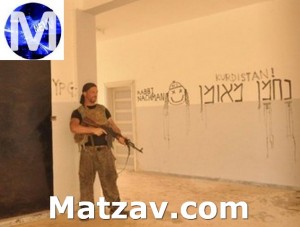 The most bizarre of images emerged from fighting in Syria: the words “Na Nach Nachman M’Uman” painted alongside a huge flag of the Daesh terror organization.

Button El-Gul, a Jewish-British soldier, who helped Kurdish fighters, is seen in the pictures next to the terror flag, and there on the wall are the words “Na Nach Nachman M’Uman,” with a smiley face and the words “Rabbi Nachman” and “Kurdistan.”

The soldier wrote on Facebook that the Daesh extremist terrorist organization turned the location in question, a former school, into a prison. “I helped in fighting in the area,” he said. “We expelled the Daesh fighters who tried to conquer the prison again.”

He said that the fighters of the terrorist organization left behind clothes that reveal the crimes committed there. “I wrote the name of Rebbi Nachman on the wall to illuminate the darkness,” he said.

“From childhood,” the soldier said, “I knew I was from a Jewish family, and they told me about my grandparents who were Holocaust survivors. My mother is a Zionist, and she taught me to love Israel and hate cruelty. She always told me that the mere thought of what our family and other Jews suffered during the Holocaust made her feel physically ill.

“I asked for Israeli citizenship,” he said, “but I was expelled from Israel in 2005 because of the expiration of my stay, as I grew up in a Christian family. I thus could not immigrate to Israel under the Law of Return, even though, God willing, this year I hope to be able to return to Israel, with the expiration of the ten-year ban on me returning.”

On his relationship with Breslov, he said, “I have seen Chassidim of Rebbi Nachman dancing in Tel Aviv and Jerusalem, but it was a member of the Orthodox community in London who convinced me to join him for a trip to Uman. That was for Rosh Hashanah in 2012, and since then, I have been to Uman three times.” 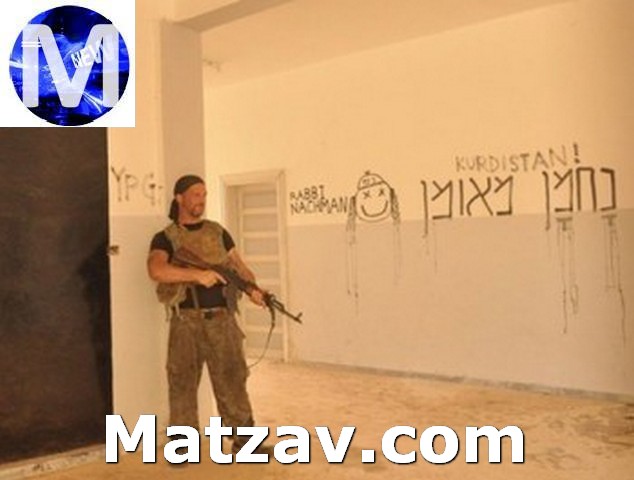 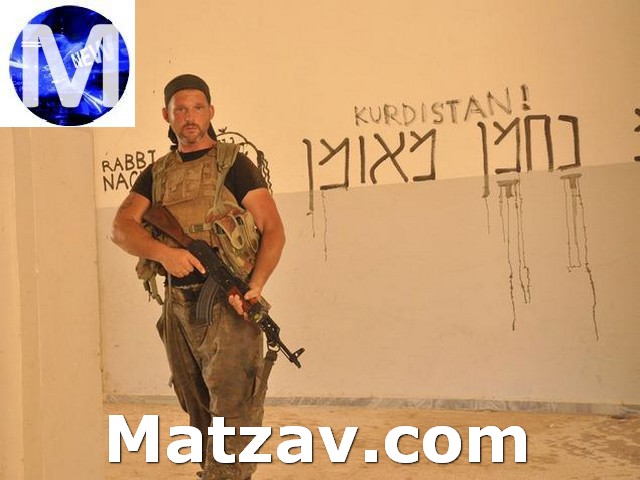